How to reduce hail damage costs

One way homeowners and insurers can reduce annual hail damage is to use impact-resistant asphalt shingle roofs instead of standard shingles, finds a new report.

A new Institute for Catastrophic Loss Reduction benefit-cost analysis report shows annual hail damage in Canada has amounted to $400 million each year, on average, since 2013. To help reduce hail claims costs in the future, impact-resistant asphalt roof shingles — made of material that makes them resistant to hail damage — will save more than they cost in many places, including in hailstorm alleys.

“The shingles are cost-effective wherever it hails almost once a year or more,” the report reads. “In Calgary, impact-resistant shingles reduce the chance of damage by 15 times. If the roof is damaged, average repair cost drops by half.” 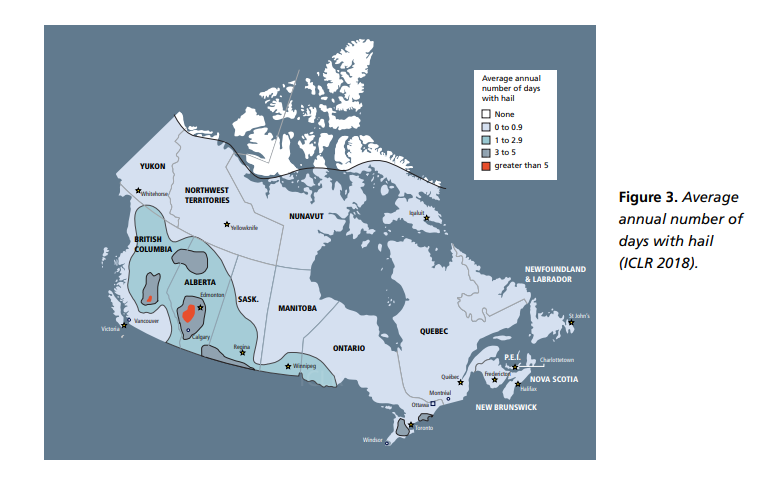 In the face of rising loss ratios for hail insurance, ICLR says impact-resistant shingles will become more valuable and their need will increase, because climate change will worsen future hailstorms.

Most Canadian roofs are covered with asphalt shingles (85% of single-family homes) and replacing an asphalt shingle roof on a 200 m² roof costs about CAD$5,000.

But if damage does occur, impact-resistant asphalt shingles reduce the repair cost of damage by half, finds ICLR — from $2,400 on average to $1,200 for the average-sized roof.

Since 2013, Canadian insurers have paid 26,000 hail claims totaling an average of $370 million annually in insured loss for personal property damage in hailstorms. Hailstorms “may be inevitable, but the economic catastrophe is not,” the report reads.