Will Aviva Canada and Crawford & Company retain their crowns in 2018? 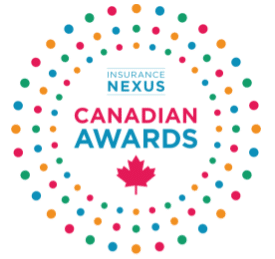 Recent research conducted by Insurance Nexus has shown that 94% of senior insurers agree that AI will deeply transform the insurance industry. In light of this, Insurance Nexus are holding the third annual 2018 Insurance Nexus Canadian Awards to celebrate the insurance carriers, technology partners and individuals driving the implementation of AI and advanced analytics within their businesses.

“The Insurance Nexus Canadian Awards celebrate innovation and technology adoption which are the most critical components of change, transformation, progress and ultimately, better outcomes for all stakeholders,” said Stephen Applebaum, Managing Partner of the Insurance Solutions Group. “The engagement we’ve received on the awards testifies to the critical nature of innovation, partnerships and technology-adoption in the Canadian insurance ecosystem.”

Previous awards winners include The Co-operators, Crawford & Company and Aviva Canada, the latter winning Insurance Carrier of the Year in 2017 for their work on embedding machine learning and AI in Robotic Process Automation (RPA) for real-time decision support. Initiatives that benefit both customer and insurer such as this are prime examples of the type of innovation the awards are designed to celebrate.

“We were incredibly honored to have won ‘Insurance Carrier of the Year’ in the Insurance Nexus Canadian Awards” said an Aviva Canada representative on their success last year. “To be recognized by our peers in this way is especially gratifying and a wonderful way for the industry to show its continued support for disruptive innovation. AI-adoption can seem like a long road but awards like these are essential to celebrate and inspire the innovators and pioneers taking insurance into the future!”

The Insurance Nexus Canadian Awards 2018 are being held to shine a spotlight on the pioneering drivers on innovation in insurance. There are two categories of award: ‘Canadian Insurance Carrier of the Year’ (acknowledges the insurance carrier who has made the biggest advances in implementing analytics and AI within their business) and ‘Canadian Insurance Innovator of the Year’ (given to the stand-out innovation partner of 2018).

Nominations for the awards are open and can be made here: http://bit.ly/2MkbnDj, closing August 24th. The Finalists will be announced on September 5th and the winners will be announced onsite at the Insurance Analytics Canada Summit (September 25-26, Toronto). The Insurance Nexus Canadian 2018 awards are being held in concert with the Insurance Analytics Canada Summit, Canada’s largest and foremost insurance analytics conference. For more information, visit the website: http://bit.ly/2MgAkjM

Situated between London’s Silicon Roundabout and the City, Insurance Nexus is at the innovative heart of an industry undergoing significant disruption and innovation. Insurance Nexus is the central hub for insurance executives. Through in-depth industry analysis, targeted research, niche events and quality content, the team provides the industry with a platform to network, discuss, learn and shape the future of the insurance industry.