KITCHENER, ON, June 20, 2018 /insPRESS/ – After twenty years in separate businesses, Ken and Doug Woodhouse, of Woodhouse Group Inc., and their brother Jim Woodhouse Jr., of First Response Restorations, are reunited in the disaster restoration industry.

Together, Woodhouse Group Inc., and First Response Restorations, will reinforce their service offerings and provide greater opportunities for existing and future employees of both companies. 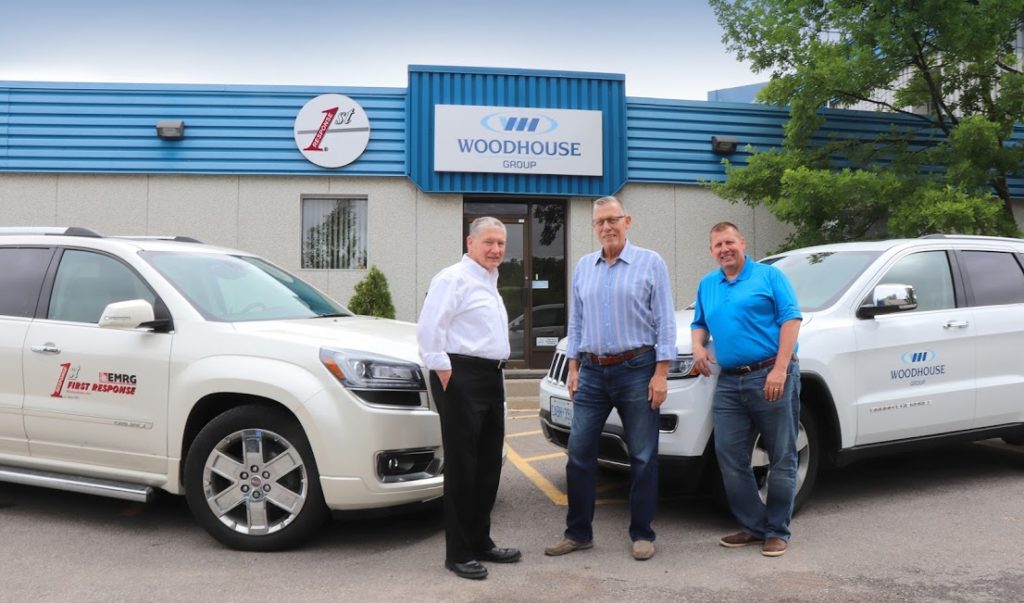 VP of Construction Jay Boyer commented “The addition of First Response Restorations solidifies our presence in the insurance restoration industry and sets the footprint to re-establish Woodhouse as the go to company for disaster restoration and emergency response services.”

Jim Woodhouse Sr. established Woodhouse Contracting Ltd. in 1968 as a siding, window and door installation company. Jim Sr. was joined by his son Ken Woodhouse in 1981, followed by Ken’s brothers Jim Woodhouse Jr., and Doug Woodhouse. Together they grew the business into a residential and commercial contracting company.

In 1987, Woodhouse Contracting Ltd. expanded to include disaster restoration services which became their primary focus through the 1990s.

Meanwhile Woodhouse Contracting Ltd. continued to grow to nine locations in Southern Ontario. The partners sold their disaster restoration business in 2007 and stayed on with the new entity until 2011. Lead by partner Jay Boyer, Woodhouse reemerged in late 2012 as a general contractor, operating under Woodhouse Group Inc.

The business welcomed a third Woodhouse generation in 2015 as Ken’s son Joe Woodhouse CPA, CMA, was promoted to the position of CFO and partner.

Over the past three years, Woodhouse Group Inc. has grown and now markets themselves as “Your Full Service Contractor”, offering general, disaster, and environmental contracting services.

“Twenty years ago, the family business went in two different directions and gained different strengths, knowledge, and skills. Reunited, we have more resources, trained staff, and expertise,” said Jim Woodhouse Jr. “Together we have become the strongest restoration contractor in the area, better positioned to serve our clients and our community.”

To learn more about Woodhouse Group and First Response Restorations click on the links below.