Emergence of new risks alongside capacity restrictions across industry sectors makes it more important than ever for risk managers to strike the right balance between risk retention and risk transfer.

There are three main types of captives:

Historically, single parent captives have been the predominant structure; but we’re now seeing growing interest in cell captives. Marsh reported a 53% increase in these structures across their facilities in 2020 (with a focus on the U.S. and Bermuda).

For those insureds that haven’t previously considered risk-retention vehicles, a cell captive is a comparatively simple way to gain experience in the captive space that requires limited investment from a resourcing and capital perspective. 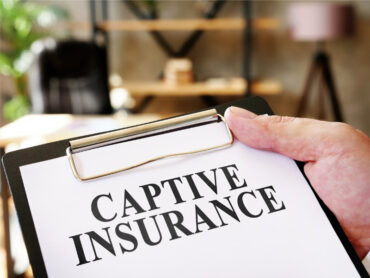 When considering a wholly owned captive, the right domicile is crucial to ensure successful positioning of a broader risk-management strategy. To accurately establish start-up costs, insureds and their captive management partners, should assess the regulatory environment – including capitalization and taxation requirements – and the local captive market.

Barbados is a longtime favourite with over 279 existing captives, the majority owned by Canadian or U.S. organizations. With an established regulatory environment, strong infrastructure and tax treaties in place, it’s a viable captive domicile option for Canadian insureds.

Bermuda, the longest-standing and largest captive domicile worldwide, is a common choice for sophisticated insurance buyers. A robust regulatory environment (including Solvency II equivalency), a deep pool of industry experts, and a flexible approach to technology and innovation mean this domicile provides numerous benefits to the insured. The Canadian Tax Information Exchange Agreement, signed in 2010, brings additional potential benefits.

With over 60 captive domicile options globally, including at least 25 in the U.S., insureds should clearly articulate their risk-management strategies to their service providers and select the domiciles that best position them for success.

Recent hard market conditions have prompted many to change their risk-management approach, which is driving this sector’s considerable growth. But a captive solution isn’t a short-term fix. It’s a long-term risk management approach that goes beyond a simple need to smooth the traditional insurance market’s peaks and troughs.

In a hardened market there is opportunity to use captives in innovative ways, from deductible buy-downs to filling gaps in excess layers due to capacity constraints. They can also be used to maintain consistent pricing, and even to for the funding for exclusions or non-competitive terms not covered by the traditional insurance market.

There are also longer-term benefits. By retaining risk within a captive, insureds can potentially benefit from investment earnings, balance-sheet protection and general promotion of loss control through effective risk management; alongside access to the commercial reinsurance market.

Mike Lister is head of multinational and global fronting for AIG Canada and has extensive experience and expertise in the captive fronting and multinational space. This article is adapted from one that appeared in the December-January issue of Canadian Underwriter.