In the early morning hours of Friday, July 8, Rogers’ wireless network failed, preventing telephone, mobile and internet services to customers across Canada. The outage also affected 9-1-1 services in some cities and immobilized ATMs and Interac payment systems for 15 hours or longer. In some instances, the problem reportedly persisted into a third day in some areas, including in Quebec.

Montreal-based class action law firm LPC Avocat filed an application to authorize its class action in the Superior Court of Quebec. Allegations in their application materials, which have not been proven in court, include:

A Rogers’ media relations spokesman declined to comment to Canadian Underwriter on the lawsuit. 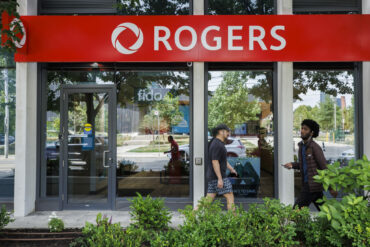 A Rogers wireless store in Toronto amid a country wide outage of the telecommunication company’s services, Friday, July 8, 2022. THE CANADIAN PRESS/Cole Burston

“On July 8, 2022, along with millions of other Canadians, the plaintiff’s Rogers wireless phone did not function all day due to what Rogers claims to have been a network outage,” LPC Avocat said on its website. “A credit of two days of service offered by Rogers is wholly inadequate and does not account for the other damages [Verdier] and class members suffered and which the law provides for in such cases (Sections 10, 16 and 272 of Quebec’s Consumer Protection Act).”

The class action application defines class members as “all consumers who had a service contract with Rogers, Fido Mobile or Chatr Mobile and who did not receive the services (including 9-1-1 services on July 8 and/or July 9, 2022).”

On July 9, Rogers president and CEO Tony Staffieri reported “services have been restored, and our networks and systems are close to fully operational. We now believe we’ve narrowed the cause to a network system failure following a maintenance update in our core network, which caused some of our routers to malfunction early Friday morning.”

The class action application argued Rogers should have tested its update prior to launching what is known in IT as “staging,” and that it appeared Rogers performed its update without a rollback. “Regardless of the exact technical reason, this breach can only be qualified as a gross negligence on the part of Rogers.

“In this case, the troubles and inconvenience caused as a direct result of Rogers’ fault and negligence as alleged above (failing to ensure that proper safeguards were in place such as a rollback, staging, etc.), exceed the normal inconveniences that a person in the twenty-first century encounters and should be required to accept,” the class action application states. “Indeed, a full day outage for the entire country because Rogers was negligent in performing its maintenance update… is unprecedented.”