In theory, the industry can try to block access to websites operated by unlicensed miscreants purporting to place insurance, but this would require forensic investigators and possibly court orders against innocent internet service providers (ISPs).

Whether clients are shopping online for insurance or other goods and services, they need to be “more aware of who they are dealing with,” said Colin Simpson, CEO of the Insurance Brokers Association of Ontario. Simpson was interviewed specifically about “Hidden Ace Brokerage,” a website that was the subject of two Registered Insurance Brokers of Ontario (RIBO) public warnings last year.

Hidden Ace is not a licensed brokerage, and is not authorized to sell auto, property or casualty insurance in Ontario. Nevertheless, those behind the website offered consumers quotes for home and auto insurance.

“The motivation is probably to get money but not actually place insurance,” said David Waserman, owner of TCJ Consulting Inc., which provides advice to the insurance industry. “There’s currently nothing to stop anybody from putting up a website, and pretending that they’re offering insurance for sale, and repeating what Hidden Ace tried to do.”

One way to hoodwink a consumer would be to pretend to be a legitimate insurance broker and take payment over the phone, said Simpson, who added the consumer will either get nothing for their money, “or maybe fraudulent pink slips could show up.” 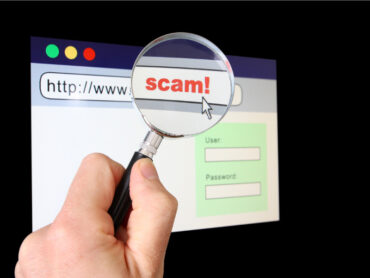 The Hidden Ace scam was similar in concept to one nearly 10 years ago, Waserman recounted. At that time, criminals perpetrated a scam using a BlackBerry Messenger identifier that was “spelled close” to DMW Insurance.

Waserman founded and led the real DMW Insurance brokerage until it was acquired in 2018.

“The scam artists made it look to victims as if they were dealing with DMW insurance. What they were trying to do was sell people cheap fake, invalid insurance. The idea was that the buyer would send money through something like a wire transfer,” said Waserman.

Waserman alerted the police after victims called DMW. But DMW itself was not considered a victim. And the real victims — the consumers who paid money for insurance that was not placed — did not want to complain directly to the police.

“What my colleagues and I speculated was that the victims may have been driving without insurance,” said Waserman. “They may have been involved in an accident or perhaps they were pulled over by the police and did not have proof of insurance. So, they may have wanted to try to get someone to give them back-dated proof of insurance. That was merely conjecture, but it logically made sense.”

Canadian Underwriter approached several lawyers asking generally whether regulators can do anything when unlicensed web operators purport to be selling a restricted product such as insurance. Generally, the first step would be to try to find out if the website is hosted in Canada, said Barry Sookman, Toronto-based senior counsel and technology lawyer with McCarthy Tétrault. If the site is being hosted by a Canadian ISP, then there are ways to determine who its operator is.

Sookman, the former head of McCarthy Tétraualt’s Internet and electronic commerce group, referenced a May 26, 2021 ruling by the Federal Court of Appeal. In Teksavvy Solutions Inc. v. Bell Media Inc., the court confirmed someone can get a court order requiring Canadian ISPs to block Canadians from accessing certain Internet Protocol (IP) addresses. The case could well set a precedent that regulators could use, he said.

A forensic investigator would then be able to determine the Internet Protocol address from which a web site is operating. From that, the investigator could determine whether a Canadian Internet service provider is hosting it, suggested Sookman.

“There are ways you can find out which blocks of IP addresses different ISPs have,” he told Canadian Underwriter. “The first effort, before even getting a blocking order, is to see where [the offending website] is located and if there is a way to get it down. Often that is impossible.”

This article is excerpted from one in the Aug.-Sept. 2021 issue of Canadian Underwriter.