Editor’s Note: This story has been updated to include comment from Insurance Bureau of Canada

“The main reasons for the challenges in private-sector delivery provinces is the faulty design of the insurance product, which governments have imposed on the private sector, as well as excessive government regulation.”

Marshall, who was previously the president and CEO of Ontario’s Workplace Safety and Insurance Board, is the author of a new report from the C.D. Howe Institute. He is also well-known for his 2017 auto insurance report Fair Benefits Fairly Delivered which included 35 recommendations.

In the report Time for a Tune-up: Reforms to Private-Sector Auto Insurance could Lower Costs and Add Value for Consumers, Marshall proposes reforms to private-sector auto insurance that he says could yield millions of dollars in savings for Canadian consumers and make auto insurance more responsive to market forces.

One such recommendation is to reduce regulatory burden to allow the private sector to compete on innovation, price and value.

According to Marshall, five faulty design features of the private auto insurance market include: 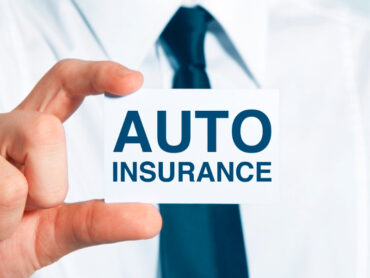 To address these challenges, Marshall proposes a series of measures to reduce fraud and waste in the system, and increase consumer choice while maintaining sound medical coverage for personal injury. Among the measures are the following:

The report notes Canada doesn’t truly have a private sector insurance product, since the offerings delivered by insurers in private sector provinces are government-designed and controlled.

“Provincial governments decide on the features of the product, control how it is delivered, and control its pricing,” the report says. “The product is highly inefficient and has many poor design features, which cause it to be wasteful and unnecessarily expensive.

“We find that personal injury coverage is, on average, four times more expensive in provinces where the private sector delivers the insurance than in the provinces with government delivery systems, even though the government systems offer greater benefit entitlements for personal injuries.”

Insurance Bureau of Canada (IBC) says in a statement that the report echoes many of the concerns private P&C insurers have been raising for decades. “IBC is looking to work with governments open to reforming private auto insurance regimes and ultimately saving drivers money,” the statement says. “IBC and its members believe Canadians deserve affordable auto insurance with more choice and more care for those who need it.”

In the report, Marshall outlines some explanations for the government-run systems’ lower cost base — including the fact they are single-payer empowered agencies that pursue active management of healthcare costs and do not have to cope with tort claims. On the flip side, public auto insurance is not responsive to market forces, faces the risk of political interference, and premiums can understate true costs from time to time.

“In many provinces, auto insurance has been subject to years of ongoing political disputes and tinkering, but little has actually been done to improve outcomes for consumers,” IBC adds.

Ultimately, Marshall does not recommend provinces with private-sector auto regimes to switch to government auto insurance delivery systems. “Notably, there is a risk that at some point, governments will interfere through their agencies to pursue political goals that distort the price/value of the insurance product,” he says. “The future lies in being responsive to rapid changes in consumer needs, especially when it comes to features such as pricing and innovation.

“Provincial governments should not perpetuate the expensive and wasteful auto insurance regimes they have designed in the private-sector delivery provinces. Sensible solutions exist that will save consumers substantial sums each year, reduce disputes and provide much better value.”

IBC adds the record inflation is placing further pressure on auto insurance premiums. Without action, premiums will continue to rise and consumers will pay the price.

“Money can be put back in the pockets of consumers by taking a bold approach to reforming existing private-sector auto products,” IBC says. “Anyone calling for the status quo is putting their interests ahead of consumers.”