It’s only natural claims adjusting service levels will drop, given the large number of claims arising from the derecho that struck parts of Ontario and Quebec in May, says the president of the Canadian Independent Adjusters’ Association (CIAA).

“Things like this derecho unfortunately create such a significant number of claims that service levels will fall just because there’s only so many people, and so timelines get a little bit longer,” says CIAA president Jeff Edge, who is also president and senior technical adjuster with Leading Edge Claims Services.

For example, an adjuster may not be able to spend an hour with each client if they are handling 40 claims in a day. Edge says he has heard service providers are understandably busy, and while customers understand this, they are indicating they have paid for insurance. “‘I totally get everybody’s busy. But I still have questions; I still need to know what’s happening,’” Edge says as an example of a policyholder’s concerns.

A claim experience is never really positive given its nature, but if a customer’s experience with an insurer or their representatives is a positive one, “we’ll have to customers for life,” Edge says.

Edge says he has heard from brokers that “insureds will move their business from one brokerage to the next to save $10 a year, almost literally.” But with a positive claims experience, he adds, “they’re not going to move for $10 because they see now what they’ve paid for and they see the value in it.”

Back-to-back flooding events have stretched adjusting resources thin, from the Ontario/Quebec derecho to flooding in Manitoba. Flood risk is also rising in British Columbia, with three small communities in the northwestern part of the province under evacuation orders. 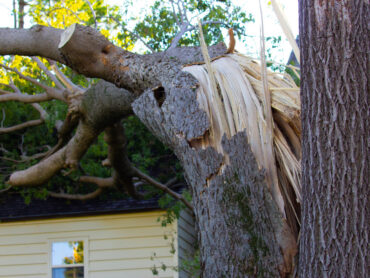 While storms usually don’t strike the specific same spot over again, the potential is always there.

“If you’ve got, for instance, a shingle claim where one storm goes through and it blows shingles off, there’s a really good chance that there’s numerous other shingles that haven’t actually blown off, but they’ve lifted,” Edge says. “So, when a second storm comes through, then those shingles that were lifted before, they now don’t require force to lift them and tear them off. They only require enough force to just finish tearing them off.”

The Ontario/Quebec derecho knocked out power for some residents for more than a week. If these residents don’t have sump pumps running and other storm comes through bringing torrential rain, basements could flood because there is no power for the sump pump, or a plumber hasn’t yet been called in, for example. “So, you kind of get a double-hit,” Edge says.

Also, different insurers may have different approaches to coverage. During the 2013 flooding in Toronto, for example, some insurers wouldn’t cover water that came in through a window, a common policy exclusion. Others said water from the same storm would have to have entered through sewers or sump pits, so it was covered. Still others decided to pay 50% of the damages, Edge reports.

In the case of the derecho, the initial challenge for adjusters was access, with trees fallen and hydro lines down, Edge says. With power out, too, it was sometimes difficult to get in touch with people.

The storm brought everything from no damage (but power outages) to extreme cases where building roofs were ripped off. Adjusters saw claims related to food spoilage, damaged fences, broken lawn furniture, shingle damage, even pool liners cut by items flying into pools, Edge says. There was also damage from trees landing on roofs and power lines. Business interruption claims were common for businesses without power.

“In some cases, people had concrete break walls that have been there for literally 60 years,” Edge says. “Some are broken and some are laying over, but there’s actually some claims we’ve been up to see [where break walls are] gone, they’re no longer there.

“I think what this storm has produced from what I’m gathering so far is a significant volume of not-very-significant losses.”

Feature image: John from Costello’s Towing hoists a vehicle that was crushed under tree in the Ottawa Valley community of Carleton Place, Ont. on Tuesday, May 24, 2022. The vehicle was trapped with it occupants under a tree in a major storm that hit parts of Ontario and Quebec on Saturday. THE CANADIAN PRESS/Sean Kilpatrick