Innovation coming from the Lloyd’s market

“A couple of Canadian-based companies have travelled to London to work through the Lloyd’s lab because they get such immediate collaboration with the market, with underwriters,” Lipman said during the IBAO Convention CEO Panel. “There is a lot of investment that happens. They come for typically a nine-week deep dive and iteration process.”

One company is using low-flying satellites to detect changes down to one millimetre in infrastructure such as dams and tailings ponds to prevent catastrophic disasters and failures of things like dams, Lipman reported. 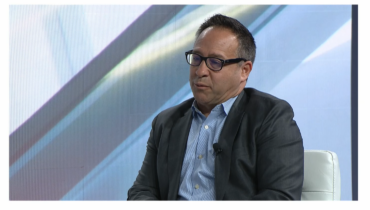 “They became a coverholder, an MGA, with capital and support from Lloyd’s in terms of binding and underwriting, and ultimately were able to launch their own syndicate,” he said. “And now their technology is supporting some of the global initiatives to transfer COVID-19 vaccine all around the world, specifically to countries where infrastructure is less reliable, and the shipment of vaccines is more at risk.”

Lipman made his comments during a discussion about usage-based insurance and emerging technology. Other panellists discussed more “typical” forms of UBI.

Lipman also gave the example of a U.S.-based company that developed a monitoring tool that identifies short-term outages in web and cloud computing services. “For large companies, long-term outages are more the concern, but not short-term ones,” Lipman said. “But for small vendors, especially as most parts of the retail economy shift to online sales… if any of the vendors… go down for even a couple of hours, that’s significant income for clients.”

With Lloyd’s, the company developed parametric insurance products so that if a retail customer is unable to sell their products because of a short-term web outage, they are automatically paid a fix amount. “You don’t have to go through the complicated maturation and business disruption of calculating lost revenue,” Lipman said. “So again, trying to bring a relevant product that’s simpler, that’s more understandable and reliable in terms of outcome to the market, and based on new technologies. So, there’s a lot going on there.”