Louis Gagnon, Intact Insurance’s president of Canadian operations, is pleased with the insurer’s integration of RSA into its operations and the calibre of talent it has acquired.

At the beginning of June, Intact Financial Corporation and Danish insurer Tryg A/S announced the completion of their acquisition of London, U.K.-based RSA plc. As part of the deal, Toronto-based Intact acquired RSA Canada and some of RSA’s international operations.

“Everything was, I would say, leaning towards helping making sure that we integrate 3,000 people in our organization,” Gagnon said. “July, August and the last few months have been really focused on bringing these folks aboard. So, lots of time spent to make sure that these people feel welcome.”

Gagnon said he is happy with where Intact is at with the RSA integration. “We were not able to accommodate everyone, that’s really part of an integration,” he said. “But I think overall the talent that we have acquired with RSA is pretty amazing. It’s very strong people, people that have a lot of experience and expertise. [It’s a] great combination with Intact.”

And the deal was done all virtually without the classic M&A handshake, Gagnon noted. 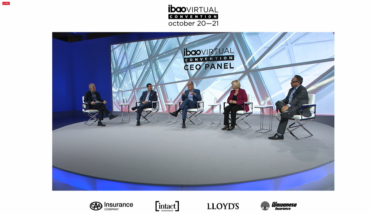 At the same time, Gagnon said Intact stepped up its communication with brokers. “Every time we do an acquisition, it creates a lot of noise in the market, creates a lot of discussion, and all sorts of questions about how are going to keep the business, appetite, capacity,” Gagnon said. “So, all those things are out there and I think we raised the bar in communicating with brokers, discussing with brokers, and making sure that they understand that we want to keep that business. We bought that business because we want to grow that business.”

Jardine said that Wawanesa, which celebrated its 125th anniversary as a mutual last month, is looking to expand its farm business footprint in Ontario. “We hired a new farm director and we’re growing our farm business in Ontario, which is really exciting for us.”

The insurer has also expanded its commercial business onto the Guidewire platform, “not without its challenges,” Jardine said. “It’s not that easy to put new business onto a new system or to move the renewals onto that platform, but we did that during the pandemic.”

Simpson also asked Gagnon if Intact has specific desires to grow its MGA business. “We don’t have a specific growth plan for MGA, but we want to make sure if there’s lines of business where we can grow and that we don’t have internal expertise, the MGA is a great way to do it,” Gagnon responded.

For example, Intact has an MGA with public entity expertise and another with marine expertise. “We want to do [M&A] in a disciplined way and make sure that it feels the gap within our organization.”