A phony kidnapping and a driver who was travelling nearly three times the speed he reported to investigators were among Manitoba Public Insurance (MPI)’s Top 5 auto fraud cases of 2021.

Every year, MPI releases its Top 5 auto insurance fraud cases based on “the unique circumstances of each fraud, financial savings to MPI ratepayers, and the investigative techniques used in confirming fraudulent activity,” the auto insurer’s chief customer officer, Satvir Jatana, said in the release. Here are the Top 5 for 2021:

After her badly damaged vehicle was recovered by police, a Winnipeg woman told MPI her vehicle had been stolen out of her garage. She claimed the thieves messaged her on Facebook, demanding payment for returning the car. The woman admitted she did not call police, but agreed to meet the thieves. The story went that the thieves then kidnapped her and speed around the city for hours, eventually crashing the vehicle.

In her statement, the woman confirmed that she had “all keys in her possession” during the incident. However, “an examination of the vehicle’s ignition and immobilizer system conducted by MPI’s research and training department revealed that the vehicle would not run without a key inserted into the ignition.”

When presented with the findings of the investigation, the vehicle owner admitted she had lied about the kidnapping. The truth was she was in the vehicle driving around with a group of people drinking and speeding around the city. They eventually crashed into another vehicle and immediately ran from the scene.

The theft claim was denied, saving MPI an estimated $68,000.

The 20-year-old driver told an MPI adjuster that he had been working a lot of overtime. One night, he was driving home at about midnight and fell asleep, drove off the road and crashed into half a dozen parked vehicles. 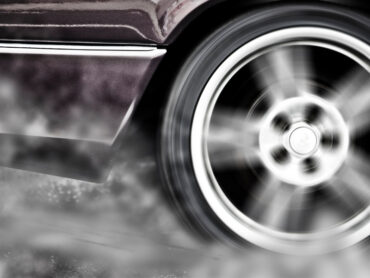 Evidence also showed that the brake pedal was not applied and seatbelts were unbuckled. Surveillance footage was taken from various locations on the travelled road, showing the vehicle was racing with another vehicle seconds before the crash.

The investigation confirmed there was a long, straight 1.6-km stretch of road where the racing took place, MPI said in the release. The road makes a left curve which one vehicle was unable to negotiate, causing it to leave the road and crash heavily into the parked vehicles.

The collision claim was denied, and MPI has begun a recovery of costs from the responsible driver. Cost savings to MPI are estimated to be $150,000.

A professional truck driver, the Winnipeg man was injured in a single-vehicle incident while hauling a load. Based on the extent of his injuries, he was entitled to receive income replacement benefits and personal care assistance payments.

The man told his MPI case manager that his injuries prevented him from lifting his arms above his shoulders, unable to lift heavy objects, and physically unable to drive more than 15 minutes. He also could no longer take out garbage and recycling bins, or work his regular job, the public auto insurer reported.

After receiving information that the man was working while still collecting benefits, MPI opened an investigation. Surveillance “conclusively showed the man was working, able to drive many hours a day and was seen carrying a number of objects, including heavy wooden crates.”

MPI informed the man his benefits were being terminated. He was also charged with fraud over $5,000 and making a false statement. The public auto insurer estimated it saved more than $700,000 as a result.

Two individuals opened separate collision claims, with one driver admitting he was responsible for a T-Bone collision at an intersection. However, a surveillance camera pointed in the direction of the intersection “clearly showed both vehicles slowly travelling through the intersection several times prior to the collision,” MPI reported.

Surveillance also showed both vehicles deliberately positioned in a T-Bone configuration, with one car accelerating into the other vehicle, which slowly entered the intersection. “When presented with the facts, one owner admitted he and his friend planned this ‘staged’ collision to write-off their vehicles.”

A Winnipeg woman opened a collision claim, stating a dog ran onto the roadway and caused her to swerve and collide with a pole and large flowerpot on the yard of a private residence.

There was significant damage to both the woman’s 2020 Ford Explorer and items in the yard.

The woman also provided the name of a third-party witness, who told the MPI adjuster that the vehicle did swerve to avoid a dog and the woman was driving. MPI determined the driver was not at fault, resulting in no financial compensation to the property owners.

But when told of this decision, the owners of the property provided MPI with video footage of the collision “which clearly showed there was no dog running across the road, and the driver of the vehicle was male,” the auto insurer said.

Presented with this new information, the woman admitted to lying to protect her boyfriend who was driving and did not hold a valid driver’s licence. The witness later admitted they came across the crash after the fact, and did not actually see a dog.

The collision claim was denied and MPI is seeking to recover costs from the unlicensed driver. Claims savings to MPI was nearly $30,000.