Sewer back-up or overland flood? Is a sun deck “within” a dwelling?

A sewer backup insurance policy only applies to a flood originating from “within” a dwelling and not from a drain overflow on a sun deck partially exposed to the outdoors, B.C.’s Supreme Court has ruled.

In Gill v Wawanesa Mutual Insurance Company, the perimeter drainage system of a house owned by Amritpal Gill and Baljit Gill became clogged in December 2019. Consequently, water backed up and escaped through a drain in the the sun deck area of the home and eventually found its way inside the home causing damage to the basement.

Wawanesa Mutual Insurance Company insured the Gills, whose home insurance policy did not include coverage for overland flood, but did include a Limited Sewer Backup Endorsement. The endorsement provided coverage for the “sudden and accidental backing up or escape of water or sewage within your dwelling…through a sewer on your premises.”

The Gills made an insurance claim for the damage caused by the blockage, which Wawanesa denied. A dispute arose over the unique location and configuration of the house’s sun deck, which the court describes as follows:

The sun deck is approximately 18 [feet] x 80 [feet]. It extends almost the entire width of the house. It has a ceiling with light fixtures. On the north side, the side that is below grade, there is a retaining wall of approximately 4 [feet]. On the east side, the side that faces towards the rear of the lot, there is a pony wall that appears to be approximately 3 [feet] in height. At regular intervals along this pony wall there are 8 [inch] x 8 [inch] posts. The north and east sides are open to the outdoors from the top of the retaining and pony walls to the ceiling. The west and south sides have full height walls that extend from the floor to the ceiling…

Specifically, the dispute focused on whether the water escaping from the sun deck’s drain occurred, as the policy states, “within your dwelling.” 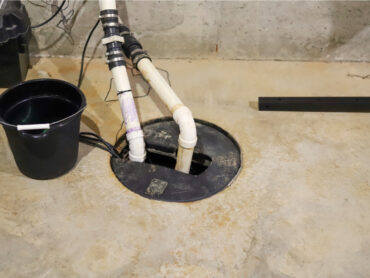 “…Any average person applying for insurance would understand the phrase ‘within your dwelling’ to mean inside the dwelling or inside the house,” B.C. Superior Court Justice Christopher Giaschi wrote in a decision released June 10. “For the average person, the determining factor in deciding whether something is ‘within’ a dwelling would be its location relative to the exterior walls of the dwelling. Something inside those exterior walls is ‘within.’

“Something on the outside of the exterior walls is not ‘within’ but is outside. Put differently, any average person applying for insurance would know and understand that the phrase ‘within your dwelling’ does not include areas outside the exterior walls of the house.”

The Gills argued the policy was ambiguous because its definition of a sewer back-up referred both to “within your dwelling” and to “premises.” The court agreed “premises” is a broader concept than just the four exterior walls of the building.

The Wawanesa policy defines “sewer back-up” as the “sudden and accidental backing up or escape of water or sewage within your dwelling or detached private structures through a:

“The [Gills] submit that the term ‘dwelling’ or ‘building’ as used in the policy should be broadly interpreted to include the entire structure at 5657 128A Street Surrey, including ‘every part and every portion of it,’” the B.C. Supreme Court wrote. “They say the appropriate question to ask is: Did the loss take place within the entirety of the building/structure located at 5657 128A Street, Surrey?

“I do not agree with the [Gills’] submission that the proper question to ask is whether the loss took place within the entirety of the building/structure. This is nothing more than an attempt at misdirection. The question in issue is whether the backing up or escape of water occurred ‘within your dwelling.’”

Essentially, the court ruled the Gills were trying to introduce ambiguity into the policy’s definition of “building,” when in fact there there wasn’t any ambiguity.

“I add that any average person viewing the sun deck area would immediately know and understand it to be outside, not inside, and would describe it as a patio, albeit a covered patio,” the court ruled.

More News
Related
How brokers can stop a flooded basement