Two auto physical damage trends of concern to one insurer

“The two areas that are of concern to us are theft and total loss, where we are seeing approximately a 25% increase year-over-year in loss costs,” says Paul MacDonald, Definity’s executive vice president of personal insurance during the insurer’s quarterly earnings call for 2022 Q1 last week. “Taken together, these are contributing to a few points of loss ratio.”

The increase makes sense intuitively because these two categories may require the insurer to replace a vehicle (either new or used) and vehicles are seeing “dramatic escalations in market price,” MacDonald says.

He made his comments in response to a question about what Definity was seeing in terms of loss cost severity trends such as bodily injury, vehicle repair or total losses.

“The combined ratio of 96.2% in the quarter (Q1 2021: 90.2%) increased due primarily to a decrease in favourable prior-year claims development and an increase in the core accident year claims ratio, driven by higher claims frequency combined with inflationary cost pressures,” Definity says in a press release.

Approximately 50% of the insurer’s portfolio is on the accident benefits and bodily injury side. “There we’re seeing trends probably in line with annual inflationary increases, so nothing overly concerning,” MacDonald says. 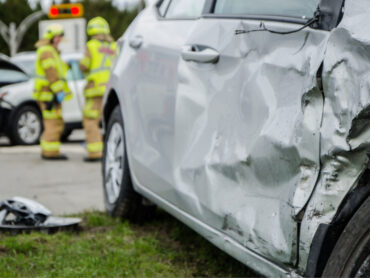 Frequency of auto claims “while slowly increasing, as per our previous expectation, may be tempered in the near-term due to the rising gas prices, which may change consumer behaviour towards avoiding some driving behaviour,” MacDonald adds. “Secondly, we are starting to see some positive signs out of wholesale prices, which are a leading indicator for retail car prices. We’re starting to see a week-over-week reduction in wholesale prices and a flattening in retail prices.

“Q1 is typically a worse quarter for the auto industry due to winter weather driving conditions and we would expect that to improve over the summer months,” MacDonald adds.

Philip Mather, executive vice president and chief financial officer, says Definity is “now starting to see a return to some modest rate activity. We were very proactive from a reserving standpoint in terms of the auto book. We moved early and assuming severity stabilizes at this point, with the actions that we’ve taken, and with some of that rate starting to flow, we think it’s a manageable environment but we’re watching it very closely.”

Overall, Definity reported a combined ratio of 92.2% in the latest quarter, up 0.9 points from 91.3% in 2021 Q1. “As expected, results in personal auto normalized somewhat from last year’s performance, as claims frequency moved on pandemic-related lows and inflation continued to impact claims severity.”

Definity president and CEO Rowan Saunders expects “top line to continue to increase at approximately 10% over the next couple of years.

“I’m confident we’re positioned for long-term success,” Saunders says during the earnings call. “I’ve spoken before about our belief that the significant investments made in our growth platforms and to improve talent company-wide position us to be a leader in the industry for years to come.”