What we know about suspending insurance under The Emergencies Act

Canada’s federal government has begun to provide some clarity around the wording and application of its newly released Emergency Economic Measures Order, but the insurance industry still isn’t clear on how exactly it will be enacted, and industry observers and lawyers are beginning to weigh in — and advising caution.

In response to protests and blockades around vaccine mandates throughout Canada, and particularly in Ottawa, the federal government introduced the new act on Monday. The act includes a provision that would require insurance companies to cease providing auto insurance coverage to Freedom Convoy protestors.

According to Department of Finance Canada, the Order allows for the “immediate suspension of policies of insurance on vehicles involved in the blockades.”

Insurance lawyer Jennifer Huneault, an ARC executive member and associate counsel at Alexander Holburn Beaudin + Lang LLP, confirms these measures will be implemented “immediately,” overriding any provincial regulations. The Order is in force as of Feb. 15.

The Emergency Economic Measures Order: SOR/2022-22 provides details on the Emergencies Act. The Order details that any entity (defined as a corporation, trust, partnership, fund, unincorporated association or organization, or foreign state) has a “duty” to “cease,” among other things:

The Order only applies to the insurance policies of any vehicle being used in a “public assembly.”

“Public Assembly” is defined … [to] include any assembly that ‘may reasonably be expected to lead to a breach of the peace by disrupting the movement of persons or goods or the serious interference with trade, interfering with the functioning of critical infrastructure, or in supporting the threat or use of acts of serious violence against persons or property,’” Huneault explains in an email statement.

Huneault says the federal government’s order “appears to override any ‘normal’ provincial or territorial requirements relating to the suspension of insurance policies.”

When asked what would happen if an operator of a vehicle had their insurance suspended and subsequently caused an accident, Huneault says the injured person has options for resolving the issue. 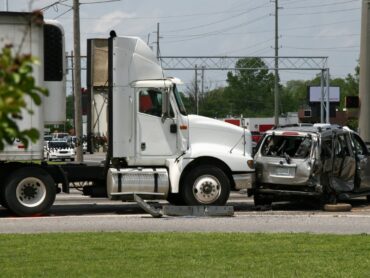 But what happens if the injured person does not have a policy?

“In the event that the injured person does not have their own policy of insurance, they may have recourse to a provincial fund, such as the Motor Vehicle Accident Claims Fund in Ontario. However, eligibility to access such funds would have to be determined on a provincial and territorial basis,” she concludes.

Philippa Samworth, partner at Dutton Brock LLP, interprets the immediacy of the Order similarly to Huneault, but poses some questions that remain unanswered.

“If the trucker does not have valid insurance, the Compulsory Automobile Insurance Act here in Ontario (and similar legislation in other provinces) make[s] it an offence to drive without insurance and can result in fines and impounding of the car,” Samworth says in an email statement.

“There is also nothing about what happens to the premium already paid,” Samworth adds. “The policy may be suspended by law but the premiums are presumably still payable under the contract. The contract has not been cancelled or voided by the insured or the insurer, so payment is still due.”

She also questions how insurers would obtain information on which clients are engaging in public assembly.

“It [the act] does not explain how the insurer becomes aware of this information, and there is no reference to this legislation overriding the cancellation requirements under the Insurance Act,” she says. “If I were an insurer, I would be very careful in how I apply this. The act says you have to cease providing services immediately, and clearly that can only be accomplished by cancelling the policy. The whole thing presents a minefield of problems.”

The Insurance Bureau of Canada told Canadian Underwriter in an email that they will “continue to work with the federal government to gain clarity on elements of the Order and determine how best to implement the provisions within it.”

Canadian Prime Minister Justin Trudeau looks on as Deputy Prime Minister and Finance Minister Chrystia Freeland speaks during a news conference announcing the Emergencies Act will be invoked to deal with protests, Monday, February 14, 2022 in Ottawa. Trudeau says he has invoked the Emergencies Act to bring to an end antigovernment blockades he describes as illegal and not about peaceful protest. THE CANADIAN PRESS/Adrian WyldTHE CANADIAN PRESS/Adrian Wyld.

More News
Related
Feds threaten to suspend Convoyers’ insurance. What does that mean?