An insurance company’s top manager is “an important face” for brokers, but this does not necessarily mean that big changes will happen any time soon after the recent leadership changes announced by Canada’s top two property and casualty insurers. 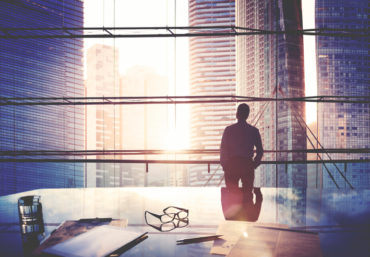 “Day-to-day, there is not usually any immediate impact” to brokers when an insurer has a senior leadership change, Chuck Byrne, executive director of the Insurance Brokers Association of British Columbia, said Thursday.

“But this industry is a people business,” Byrne told Canadian Underwriter. “It’s about relationships. Any broker-facing insurer staff, and especially top executives, definitely make a difference in the relationships.”

“When you are looking at long-term talent, especially the quality of people like Jean-François Blais and Greg Somerville, they grow to become a very important face of the company to broker partners throughout the system,” Byrne said.

Aviva and Intact are “clearly very committed to the broker channel,” added Insurance Brokers Association of Canada (IBAC) CEO Peter Braid, who spoke to Canadian Underwriter Thursday. “They recognize the importance of the broker channel because it represents their main source of business.”

At Aviva, Holmes “will come into a significant portfolio, with lots going on in the Canadian market, and there will be a bit of a learning curve,” Byrne said.

Holmes’s roles with Aviva are CEO of Aviva U.K. General Insurance and chairman of Global Corporate and Specialty.

Aviva Canada is lobbying hard to address auto insurance fraud in Ontario and grew market share with its recent acquisition of the Royal Bank of Canada’s P&C insurance business.

The departures of Blais and Somerville come about a year after Rowan Saunders left RSA Canada to become CEO of Economical Insurance, and Heather Masterson (former CEO of MGA Totten Insurance Group) replaced Duane Saunders as CEO of Travelers Canada.

4 Comments » for Brokers react to leadership changes at Aviva, Intact