Dave Schioler, CEO of Insurance Brokers Association of Manitoba, to step down in April 2018

The Insurance Brokers Association of Manitoba (IBAM) announced on Thursday that CEO Dave Schioler will be stepping down effective April 11, 2018. 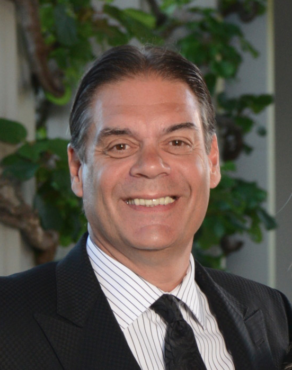 Dave Schioler, CEO of the Insurance Brokers Association of Manitoba, will be stepping down effective April 11, 2018.

Noting that he still has much to do at IBAM during what will now be a transition year, Schioler said in a press release that “he has been presented with a couple of options within the industry, and is already considering his next career step.”

IBAM president Tara Chammartin noted in the release that Schioler “will be hard to replace,” but that the process for finding his successor will commence some time later this year.

“The great thing about working in the insurance industry is the people, and that’s why I have stayed as CEO of IBAM longer than initially planned,” Schioler said. “It is also the very thing that would keep me in insurance moving forward.”

During his 11 years at the helm, IBAM has grown five times and has “accomplished much as a change leader in the industry,” the association reported. “It has been a remarkable run,” Schioler said. “For me, it’s just time to move on to the next thing. IBAM is a great organization and it will continue to be so well into the future.”

Chammartin reported that there is “a lot on the go, from upcoming discussions with [Manitoba Public Insurance] and the provincial government as to broker compensation and services, to the substantial job of educating our membership with respect to the swift and massive change happening in the industry.” IBAM has also been “working diligently” with insurers to collaborate on technological and other advances affecting the industry and on meeting “new and coming demands” of the consumer. “We are trying to get ahead of the curve in this regard, and our CEO has been leading the association in the process of informing Manitoba’s broker as to what’s coming and what their options are for achieving success,” she reported.

Schioler and the IBAM board is set to host 3,000 registrants and 1,200 President’s Gala attendees at the IBAM Convention on April 25 to 27 in Winnipeg.

1 Comment » for Dave Schioler, CEO of Insurance Brokers Association of Manitoba, to step down in April 2018