This ‘leading practitioner’ in insurance law is now a judge

CORRECTION NOTICE: In an earlier version of this story, Glen L.C. Noel was incorrectly identified as a lawyer representing Lloyd’s in Lawlor v. Royal. In fact, Noel represented Mary Lawlor in that case. Canadian Underwriter regrets the error.

Glen L.C. Noel, a long-time partner with Atlantic Canada law firm Cox & Palmer, is now a judge with the Supreme Court of Newfoundland and Labrador.

Justice Noel is recognized by his peers as a “leading practitioner” in insurance law, commercial insurance litigation and personal injury law, the federal justice department said May 22 in a release. 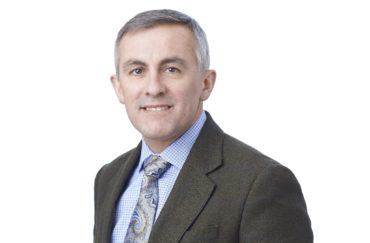 As a lawyer for Cox & Palmer, Noel represented parties, including insurers, in numerous cases arising from auto collisions.

During the 1990s, Noel represented a plaintiff in Lawlor v. Royal, a motor vehicle personal injury lawsuit that went all the way up to the Supreme Court of Canada.

In essence, the issue before the court was whether it should be the Property and Casualty and Insurance Corporation or Lloyd’s defending Craig Royal, who was involved in an accident in 1993 with Mary Lawlor.

Noel was representing Lawlor in her action against Royal. Lawlor brought an application to court to determine whether or not Lloyd’s Non-Marine Underwriters must indemnify Lawlor. Lloyd’s argued it should not. This was because Royal’s broker, J.J. Lacey Insurance Limited, had not remitted the premium Royal paid in late 1992 to renew his auto insurance policy with Lloyd’s.

Lloyd’s was ultimately unsuccessful in its argument. Lloyd’s contended that Hiland Insurance Company Limited, and not Lloyd’s, was really Royal’s auto insurer. Hiland was a carrier that operated from the same location as Lacey and initially responded to Royal’s claim in 1993. Hiland was closed the following year.

Initially, in 1996, Justice Robert Wells of the Supreme Court of Newfoundland and found that Lacey did not effectively cancel Royal’s policy with Lloyd’s. This meant there was a valid Lloyd’s policy insuring Royal’s vehicle. That ruling was overturned in 1997 but restored by the Supreme Court of Canada in 1998.

Royal did get certificate of insurance, in late 1992, indicating Lloyd’s was the insurer.

Court records indicate that Lacey would cause insurance coverage – for clients such as Royal  – to be directed to Hiland from Lloyd’s. Hiland became licenced in January, 1993, but its licence was cancelled the following year after staff with Newfoundland’s insurance regulator discovered irregularities.

In Oppenheim v. J.J. Lacey Insurance Limited, the Supreme Court of Newfoundland and Labrador Trial Division found that Hiland perpetrated a fraud against Lloyd’s and that policies earning a total of $3.11 million in premiums were written and not reported to Lloyd’s. The issue in Oppenheim was Lacey’s bankruptcy. Lloyd’s was an unsecured creditor and the court ruled that Hiland’s claims against Lacey should come behind those of Lloyd’s.

PACICC was involved in the closure of Hiland.

In the separate court case involving Lawlor’s action against Royal, PACICC raised the issue of whether Hiland or Lloyd’s should be considered Royal’s auto insurer.

For Royal’s claim, a notice of loss was completed after the 1993 accident. In the space for the carrier, Lloyd’s was scratched out and Hiland’s name was written in. Lacey issued a new policy to Royal indicating Hiland was the carrier.

In his 1996 ruling in Lawlor v. Royal, Justice Wells of the Supreme Court of Newfoundland and Labrador noted there was no communication of any kind made by brokerage J.J. Lacey to Royal about cancelling his auto insurance policy with Lloyd’s. Justice Wells found the policy was not cancelled in the manner stipulated by provincial law.

Newfoundland appeal court Justice John O’Neill countered that Hiland was the intended carrier and accepted the claim and appointed an adjuster. Hiland was licenced at the time of the accident as an insurer. Lacey, as Royal’s broker, would have been authorized to terminate a policy with one insurer and then place that coverage with another, Justice O’Neill reasoned, writing for the majority.

Dissenting was Justice John Mahoney, who ruled that the original trial judge correctly applied the law to the facts.

The Supreme Court of Canada restored the original ruling – that Lloyd’s is Royal’s insurer –  substantially for the reasons of the trial judge and the dissenting appeal judge.

“While an insurance agency, such as Laceys, may be an agent of either the insurer or the insured depending on the circumstances, it is hardly contestable that Lacey was acting as Lloyd’s agent in granting the renewal policy to Mr. Royal, just as it was when the original policy was issued,” Justice Mahoney wrote in his 1997 dissenting ruling.

The dispute between Lloyd’s and PACICC “must be resolved by resort to legal principles,” wrote Justice Mahoney. “This dictates the liability be shouldered by the insurer who remains in privity of contract with the insured in the absence to the latter’s consent to its transfer.”

Although Lacey did not fulfill its duties as a broker, it nevertheless brought Lloyd’s into a binding relationship with Royal, Justice Mahoney added.