The Insurance Bureau of Canada (IBC) is congratulating British Columbia’s proposed legislative changes that would introduce a minor injury cap of $5,500 in the province, a move aimed at reversing the public auto insurer’s skyrocketing legal and administrative costs.

The B.C. legislation would introduce a limit of $5,500 on pain and suffering payouts for minor injury claims. The cap on general damages awards for those suffering minor injuries that result from auto accidents would come into effect on Apr. 1, 2019, if the legislation is approved. 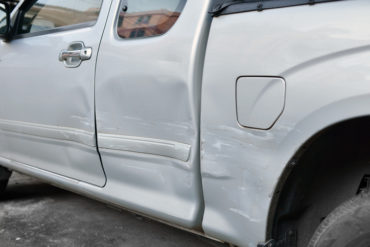 The Insurance Corporation of British Columbia (ICBC) says the amendments, net of increased accident benefits and implementation costs, are estimated to reduce claims costs by more than $1 billion annually. A statement from the government of B.C. said that a limit on pain and suffering damages for minor injuries “will allow ICBC to redirect resources to increasing benefits for lost pay and medical rehabilitation for all people injured in accidents.”

But that doesn’t mean the government’s auto insurance monopoly is in the clear. “ICBC is projecting rate increases similar to what we’ve seen in recent years, even with this minor injury cap,” Aaron Sutherland, IBC’s vice president of the Pacific region, said in an interview Tuesday with Canadian Underwriter. Last year, he said, ICBC revealed costs for the average driver would go up by 8% this year.

Sutherland reported that Alberta has a minor injury cap of $5,000, while some of the Atlantic provinces have a cap of about $7,500. “Here in B.C., they have struck a sort of middle-of-the road cap.”

Other proposed changes include:

Although ICBC has ruled it out, opening up the public insurer’s monopoly over basic rates to private competition must be part of a long-term solution, Sutherland said. He added there have been eight government reviews of ICBC in the last five years.

“Recent research has shown that drivers could save up to $325 annually on insurance if they were able to shop around here in B.C., as they can in most other Canadian provinces,” he said. “That’s what’s missing from the conversation today about the work that’s being done to fix B.C.’s auto insurance system.”

Opening the system up to competition “gives ICBC an incentive every single day to re-evaluate what it is doing, look at its processes as critically as possible, and course correct where needed to best meet their customer needs,” Sutherland said. “Until we give the customer the power to inform ICBC, or any insurer, whether or not they like the service they’re getting, we’re going to be really challenged in terms of delivering the best product at the best price.”

More News
Related
Making ICBC a co-op one option for B.C., competition must be part of any option selected: taxpayers federation
Look for ICBC to ‘behave more like a private sector company’: IBC
No push from brokers to end B.C. government monopoly on auto insurance
Controversy swirls around province’s plan for ridesharing insurance