Floods in U.K. expected to produce repair bill of £1.3 billion, good progress on repairs to date

The average cost of a domestic claim for the floods caused by Storms Desmond, Eva and Frank – which hit the United Kingdom in December and early January – is higher than usual, with the Association of British Insurers (ABI) reporting it expects the final repair bill for the events will reach £1.3 billion. 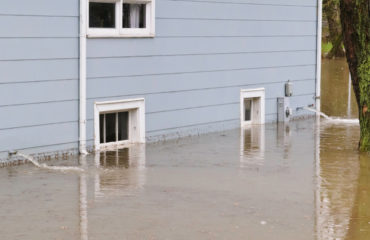 The average cost of each domestic insurance claim is about £50,000, ABI notes in a press release issued Wednesday, adding that the cost is “higher than usual and reflects the extensive damage caused by the flood waters in some locations.”

ABI reports that “insurers are spending nearly £27.5 million on alternative accommodation for affected families while their properties are repaired. The final bill for all repairs is expected to reach £1.3 billion.”

The number of insurance claims for flooded homes and businesses made in the wake of the storms has climbed to more than 15,000. Of those, 85% have been either fully or partly paid out to date, ABI notes.

In late March, PERILS AG disclosed its latest (second of four) insured property market loss estimate of £578 million for flooding in the U.K. related to Eva and Frank. The company’s second estimate for losses from the Desmond floods in the first half of December amounted to £662 million.

“Repairing a flooded building cannot be rushed because of the importance of making sure it is properly dried out before repairs are done,” Mark Shepherd, ABI’s manager of general insurance policy, says in the association statement.

The ABI statement explains the drying stage is one of the most important parts of the repair process. “When properties are flooded by several feet of water, it gets deep into the brickwork and structure of the building. The building needs to be completely dried out before repairs and rebuilding start, and that means dry deep into the walls, not just dry at the surface,” the statement notes.

“Repairs done to a property which isn’t completely dry may create future problems for the owner or resident. There also needs to be full decontamination to ensure the property is safe to return to,” ABI adds.

“It’s good to know that thousands of homes and businesses are getting back to normal nearly six months on,” Shepherd says. “Small businesses are the lifeblood of many local economies and insurers have been working flat out to get many open and trading again,” he adds.

Repairing a property after a flood provides home and business owners an opportunity to look at installing flood resistance and resilience measures meant to help keep the water out, or reduce the damage done, notes the statement.

“Businesses should consider using a specialist broker and ensure they fully understand the risk of flooding to their premises so they can make their business as resilient as possible, potentially by installing flood resistance and resilience measures,” it points out.

As for government, it remains vital that government “invests in the long-term flood risk management of these areas in order to better protect them from the chances of future flooding,” ABI contends.

“The work needed to fully restore every single property affected in December continues with the same sense of urgency as in the immediate aftermath,” Shepherd goes on to say.