Broker conferences shelved due to virus concerns – are more to follow?

In a statement announcing the postponement, IBAM president Mario Reimer and CEO Grant Wainikka said, “Manitoba public health officials have advised against the social gathering of large groups to help slow the spread of the virus.” 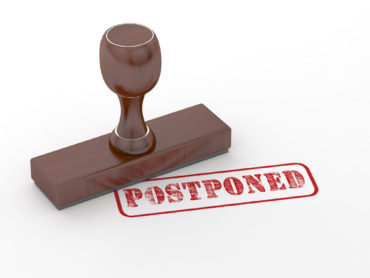 Meanwhile, the Insurance Brokers Association of British Columbia (IBABC) cancelled its Mar. 13 trade show in Vancouver the night before. Its announcement came on the heels of the provincial government announcing a ban on events with more than 250 people. Its annual convention is scheduled for mid-June but no announcement has been made yet regarding that event.

“We have been closely following all daily B.C.-specific briefings on the COVID-19 outbreak and consider the direction of the authorities to be the final word on this issue. As always, the safety of our guests and members [is] of paramount importance,” IBABC executive director and chief operating officer Chuck Byrne wrote to attendees in an email just over 18 hours before doors were set to open.

The night before, the group held its industry dinner, where attendees noticed a lower-than-usual number of guests. Participants were also asked to tap elbows to greet each other instead of handshakes.

The scene was similar at the Insurance Bureau of Canada’s inaugural Insurance Fraud Forum in Toronto on Mar. 11. Attendees were offered spray hand sanitizer at the registration desk and encouraged to tap elbows. The event featured international guests; one from the United Kingdom joined via video link, while guests from New York and New Zealand attended in person. One local guest, however, spoke as part of a panel via video link.

“There are some good indexes on assessing different risk factors as they relate to size, demographics and geography when you’re considering upcoming events and best practice in the current environment,” said Colin Simpson, CEO of IBAO, which has its convention scheduled for Oct. 21-22 in Toronto.

“The insurance community is a close group – there’s lots of communication happening between organizations, businesses and associations right now,” he added.

For Peter Braid, CEO of IBAC, which has its annual general meeting on Sept. 25 in New Brunswick, he’s taking input from member organizations as well as keeping an ear open for any updates that could affect his group’s operations and events. “Our Number 1 priority is the health and safety of our employees and members.” 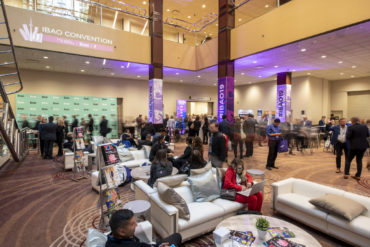 “With our convention not taking place until October, it’s business as usual on that front for the time being,” says IBAO president Colin Simpson

As for reassessing plans, Braid noted that IBAC will do so by July 15 for its AGM. The group also has its springboard meetings and Hill Day in Ottawa scheduled from May 24-26, for which it will make a final call by Apr. 24. “The decision will be based on guidance from public health authorities, potential new protocols involving the business of Parliament Hill, as well as input from our members,” he said. “Experts seem to suggest that the mid-March to mid-April timeframe will be a critical period for the virus in Canada. By Apr. 24, we should know whether the situation is either improving or worsening.”

What the IBAC and IBAO both have in their favour is time: Their major events are six months away.

“With our convention not taking place until October, it’s business as usual on that front for the time being,” Simpson said.

“The six months leading up to our September AGM will allow us to develop necessary contingency plans,” Braid said. “This will include the ability to hold meetings virtually.”

In the meantime, both Braid and Simpson advised everyone to follow public health recommendations regarding hand-washing, staying home if feeling unwell, phone calls instead of face-to-face meetings, and not travelling to high-risk areas.

“In this unprecedented time, we all have to take individual and collective responsibility to do the right thing and to slow the spread of the virus,” Braid said.

“Member brokerages are so different, so these policies really need to be customized to their individual needs,” Simpson said, adding that IBAO offices are under a work-from-home policy for feeling unwell or returning from travel to at-risk countries. “And we’ve updated our cancellation policy on our education sessions. Students who feel unwell can transfer to another session at a later date free of charge.”