With Economical Insurance on the road to demutualization, the question has always been: will other mutuals follow suit? But another possibility is that some of the smaller Canadian mutual insurers may merge to form larger entities in anticipation of demutualizing in the future. 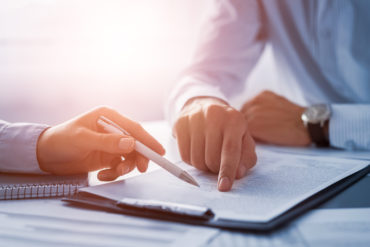 “Are we going to see a number of the mutuals merge and come to market as acquisition targets through a demutualization process?” asked Philip Heywood, partner, transaction services and financial services due diligence leader with PwC Canada. “I’m not sure. I don’t think we are going to see that in the short-term.”

Heywood said industry analysts are watching to see whether some of the more regional mutuals will “effectively join forces and build up a larger geographical presence and a bigger balance sheet,” thereby positioning themselves to demutualize through an initial public offering several years out, which hasn’t occurred yet.

“It may be that the industry needs a bit more of a catalyst to make that happen,” Heywood said. “Whether that catalyst is impact on the balance sheet through cat events, disruption to the business through technology, or if we see a number of the larger mutuals demutualize and there’s more consolidation as a result of that, we might start to see the smaller more regional mutuals look to not get left behind.”

Still, to be able to undertake a number of mergers and then bank on the ability to demutualize, which may not happen if the mutual votes do not go as planned, would be a fairly risky proposition, Heywood pointed out.

Normand Lafrenière, president of the Canadian Association of Mutual Insurance Companies (CAMIC), told Canadian Underwriter on Monday that he hasn’t heard “any interest at all” in demutualizing from any of the association’s members. “We’re pleased with that, because the last thing we want is to see the system disappear over time,” he said. “We’re gaining market share, so we’re happy to see where the system is going.”

Those who merge are those who see a benefit “in terms of lower cost of doing business and it’s not surprising,” Lafrenière said. “You see that in the rest of the industry as well.”

Mergers are a way for mutuals to acquire certain expertise, he added. “Sometimes to have certain expertise, you have to have volume to pay for that expertise. They need to reach that volume of business in order to be able to offer the new type of service that they want to provide.”