While the Insurance Brokers Association of Canada (IBAC) is encouraging homeowners to contact brokers about earthquake and overland flood risk, it is not aiming to shock or scare the living daylights out of consumers. 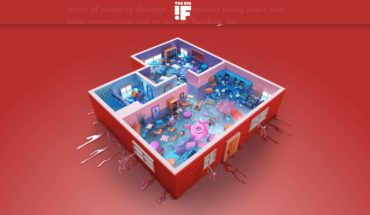 “We consciously chose not to use devastating images, for example – so no photographs of people traumatized in their basements waist-high in water,” IBAC CEO Peter Braid said of the Canadian brokers’ ‘Big If’ campaign. “No photographs of someone canoeing down their street.”

Braid was speaking at a recent panel, Communication Tools for Preparedness and Recovery, held at CatIQ Connect. Braid said IBAC deliberately picked the summer months to launch The Big If, which aims to encourage consumers to contact their brokers asking about overland flood and earthquake coverage.

“We wanted to follow the flood season, not be over top of it, and not to be seen to be ambulance-chasing, as it were,” Braid said. “At the end of the day, the call to action encourages Canadians to speak with their insurance broker about their individual risk and the available insurance options to protect them from financial loss.”

Held Feb. 3 through 5 at the Metro Toronto Convention Centre, CatIQ Connect was produced by Catastrophe Indices and Quantification Inc.

IBAC is concerned in particular about the large number of Canadian homeowners lacking earthquake and overland flood coverage. The take-up rate for earthquake endorsements on home insurance is about 3% in Quebec and about 40% in British Columbia, said Nathalie Sirois, senior director of the Quebec Autorite des Marches Financiers (AMF), during a separate session Feb. 5 at CatIQ Connect. 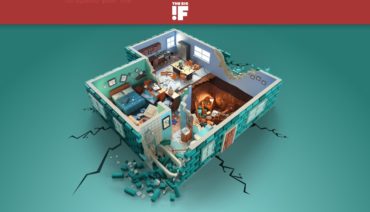 Overland flood coverage was generally excluded from home insurance until 2015, when some Canadian property insurers started to offer it as an option. About 10% of Canadian homes are at such high risk of overland flood that they cannot afford an endorsement at all.

Of the other 90%, only half of those have elected to purchase overland flood coverage, Braid said Feb. 5. He added polls indicate about a third of Canadian consumers are not sure whether their home insurance policy covers flood.

“Because of their trust-based relationship between brokers and their clients, we believe that brokers are very well-positioned to have this conversation and people listen to people they trust.”

The Big If campaign has stand-alone English and French web sites as well as outdoor billboard advertising.

“We very intentionally didn’t associate the IBAC logo, our iconic magenta logo, with this. In fact, we separated this word mark from the logo. You don’t discover the logo until you are well into the Big If micro site,” said Braid.

“We wanted to take a bit of a light-hearted approach here and incorporate a bit of humour,” said Braid.