Aggregators: friends of brokers or foes?

A comparison site wants to partner with brokers in Canada who are looking to generate leads, but the idea sparked a debate at a panel discussion at Canadian Underwriter‘s Top Broker Summit conference Monday.

LowestRates.ca CEO Justin Thouin was making the case that aggregators may not necessarily be competing with Canadian brokers, but actually helping them. He noted that LowestRates.ca sells leads to brokers in Canada. So, for example, if a consumer finds several quotes on the LowestRates.ca comparison site, and the company that quotes the lowest is a broker, the consumer would then be directed to contact the broker, and the broker would have an opportunity to close the sale. Essentially, aggregators can partner with brokers to send business leads in their direction. 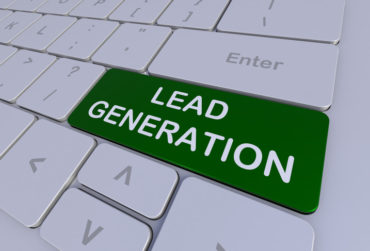 LowestRates.ca could not survive in Canada if it were not for its broker partners, and it is looking for more, Thouin said Monday at the summit. He said some brokers buy leads from LowestRates.ca because the cost of advertising is lower than if it bought its own ads. His firm wants to work with brokers who are able to follow up quickly when a consumer contacts them shopping for insurance.

But is the idea of an aggregator being a friend of brokers is controversial, as evidenced at the summit. In the British market, brokers “have not survived well” in an aggregator market based on the cost of buying a lead from an aggregator in Britain, said Carol Jardine, president of the Canadian property and casualty operations at Wawanesa Mutual Insurance Company. She was commenting as a member of the audience during the Q&A portion of Thouin’s presentation.

“Unfortunately the brokers in the U.K. have not fared well,” Jardine said. “It’s one of the reasons some of us do not support aggregator sites from an insurance company’s perspective.”

The comment initiated an exchange between Thouin and Jardine.

“I guess I would turn that around and say: when we have insurance companies that are spending tens of millions of dollars to try to acquire consumers directly, how does a broker grow the business at scale?” Thouin said.

“But how do consumers find out about the brokers?” asked Thouin.

“Brokers pay for ads, just as LowestRates.ca pays for ads, and they build relationships in the community,” said Jardine. “Not every consumer wants to purchase online.”

“We certainly don’t want to take it in the direction of the U.K., where they are trying to take business away from brokers,” Thouin told brokers attending the summit. “We hope to be the key engine where we can help drive broker growth.”

In the British auto insurance market, an aggregators’ fee could erode 50% to 85% of the commission a broker makes on an auto insurance policy, Accenture said in an earlier report, Coming to Terms with Insurance Aggregators: Global lessons for carriers. In Britain, aggregators have had a “significant impact on the economics of insurance distribution in general and on the broker channel in particular,” Accenture said, suggesting a broker might pay an aggregator a fee of £50 on an auto policy, the average policy is £530 a year, and a broker’s commission is 10% to 20%.

Right now we are seeing disruption of the in the distribution of brokers, Jardine said during the CEO Panel at the Top Broker Summit.

“The problem with the ‘Expedia of insurance’ is the brokers and travel agents got disintermediated,” said Jardine. “Travel agents are making a comeback because people didn’t like that experience when they went to that hotel [that] they picked online. Now they want someone to give them advice and say, ‘Hey wait a second, is this okay?’ We don’t want brokers to go through that process. So the skill sets that your team is having to learn for this hard market – being more relationship-based,  more [loss] prevention, more risk management, more communication, more hand-holding – those will ensure the survival of the brokers over time.”

Consumers shop at Expedia because they want transparency regarding the prices that airlines and hotels are charging, said Sean Widdess, vice president of strategic partnerships at Lowestrates.ca, at Symposium West this past August. “When you go to Expedia, you see 20 flights – if you just saw one, you wouldn’t know if that was expensive or cheap of middle of the road,” Widdess said at Symposium West, produced by the Insurance Institute of Canada and held Aug. 22 in Cambridge, Ont. at the Ontario Mutual Insurance Association office.