Broker fined for failing to review with his client a $1.4-million coverage change

A Manitoba broker is out of pocket $1,000 for failing to review with his client a $1.4-million change to a client’s commercial property insurance policy. 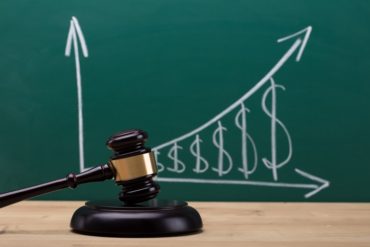 On Dec. 12, 2011, an insurer requested renewal instructions from Manitoba broker Horace Smaczylo, as noted in a decision recently posted by Manitoba’s broker regulator, the Insurance Council of Manitoba.  The insurer’s request noted that, during the previous renewal year, the broker had not requested any changes to be made to his client’s commercial property insurance policy.

Council’s decision referred to a handwritten note on the printed version of the Dec. 12, 2011 email. In it, Smaczylo stated: “No changes from last year. Please renew as per last years [sic] figures.”

“The handwritten notes are unclear,” council added in its decision. “However, they do reflect numbers for office, payroll and gross sales.”

The insurer followed up in early January 2011, requesting updated gross receipts and inquiring why the client’s contents were so high. In a handwritten note to the insurer, the broker noted that: “Contents as is sales as per last year [sic.].”

The insurer responded in mid-February, requesting confirmation from the broker to proceed with the increase in contents coverage due to the substantial increase. “That is fine,” the broker responded to the insurer, in notes obtained by the council.

The thing was, “[the client’s] account suggested that maybe the sales and inventory were added together in error, as that would put the figure close to the $4 million,” the council decision notes.

What’s more, the client complained in an April 2018 email to council, the broker “did not inform us of any price increase other [than] a 5% inflation increase. He was told to leave it the same.  Because there was no signature required for the increase [in coverage], it was not noticed until [the broker] tried again this year to raise it even higher.”

Smaczylo disputed his client’s characterization of the facts. He said he did not have access to his brokerage’s files [it had merged with another brokerage in the interim], which would have supported his claim. In addition, he noted to council: “To say I changed it without permission, is not correct, as the client acknowledged the changed policy and paid the premiums accordingly and every year to this date.”

Council did obtain the relevant files from the brokerage (cited as “Agency A” in the decision).

“Agency A provided Council with the documentation from Client A’s file, which included a copy of the 2012-2013 renewal with unclear handwritten notes, and copies of emails between the insurer and the licensee,” council wrote in its decision. “There were no system or file notes indicating conversations with [the client] or any written communication, including renewal letters or endorsement letters to [the client] regarding the increase in coverage.”

Council went on to find that the broker “failed to properly review coverage with Client A as Client A appeared to be uncertain as to what was included in POED [a Property of Every Description form]. There was no file or written documentation provided to council which indicated a review of coverage had occurred, or that a proper Statement of Values had been obtained.”

“The remittance of a payment does not alleviate the licensee of their requirement to provide notice to Client A regarding alterations to their coverage.”