Why this brokerage doesn’t focus on performance-based compensation

Creating competition in the workplace is not a good environment for growing teamwork and is one of the reasons an independent insurance brokerage in Nova Scotia doesn’t focus on performance-based compensation.

“Our notion on compensation is that we are trying to work as a team,” said Wayne Ezekiel, president of AA Munro Insurance. “[If] you start offering compensation to people on a performance basis, then they get trapped into, ‘That’s not my customer, I’m not going to do that work for you.’ It doesn’t serve the customer well in my mind because you won’t get the service level from somebody who’s not going to get paid for doing this.” 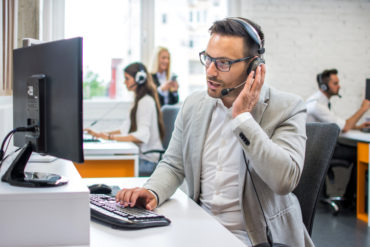 Ezekiel was responding to a question from Canadian Underwriter about performance-based compensation and its effectiveness in the broker space. For AA Munro, compensation means giving the broker a percentage of the policy sold as commission, or compensating a customer service rep on cross-selling from auto to home or vice-versa, for example.

Only about a half dozen brokers out of 125 at AA Munro are on some kind of compensation or performance-based plan. The brokerage has about 20 locations in Nova Scotia.

Another reason few brokers are on such a plan is that there is not a lot of good broker producers out there, Ezekiel said. He describes a broker as one who responds to phone calls on an incoming basis; a producer is somebody who goes out and looks for business. As well, many good producers work in commercial lines, because there’s more money to be made there compared to personal lines.

“So, we thought we’d just pay them well in the first place for doing a good job and then keep away from a commission basis altogether,” Ezekiel said.

That said, money is not always the greatest motivator for people. “It’s really about creating the environment [and] the culture that’s inclusive,” Ezekiel said. “We don’t stand over their shoulder; we don’t typically have a lot of sales targets or goals for them. So rather than say, ‘John, you’ve got to sell 50 policies this month,’ we say to the office, ‘Hey, we need you to do this.’”

The less “top-down controlled-based” an organization is, the more likely people are going to buy into a teamwork-based approach, Ezekiel said. The brokerage has conducted two workplace culture audits in the last 10 years and found a “real, real high” rate of satisfaction and a very low turnover rate.

“They love where they work. They give us their best and we don’t need to be there with a big stick over them to tell them what to do – they just go and do it.”

More News
Related
The case for paying brokers on a 100% commission basis
Brokers give performance-based pay a thumbs-up
Insurance industry ‘struggling to be more agile:’ analytics summit speaker
The Power of Broker Specialization