Motorists in Manitoba should be able to get online insurance services – such as change of address – but brokers should have some involvement in these processes, an official with the province’s brokers’ association told Canadian Underwriter Wednesday.

“We are exploring the possibility of going online,” Manitoba Public Insurance (MPI) spokesperson Brian Smiley said Wednesday in an interview. “As it stands right now, there is very, very limited online availability for our customers.” MPI is Manitoba’s government-run auto insurer. 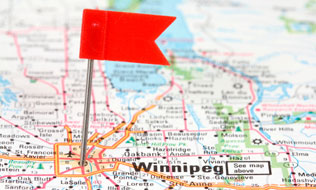 An example of a service that MPI says should be available online is change of address, said Smiley.

“You literally have to leave your residence, go to the Autopac agent closest to your neighbourhood, and make that change with the Autopac contact in their office,” Smiley said of change of address notices. “Some customers have told us they maybe want to make that change at ten at night. They want to be able to do that online.”

That begs the question: Would this be a direct-to-consumer model? Or would there be some way that the broker would remain an intermediary?

“Questions like that are to be determined,” said Smiley. “We are not quite sure how the online process will look, but we have talked about it to the brokers. They have concerns about it, and we have heard their concerns.”

Manitoba brokers are “absolutely” in favour of letting clients do things like file changes of address online, Grant Wainikka, CEO of the Insurance Brokers Association of Manitoba (IBAM), told Canadian Underwriter Wednesday. “We believe the broker should remain central in this process,” he said. Even a seemingly simple process like  a change in address “could have implications on the best coverages and/or vehicle classification for that customer,” he noted.

Currently there is “some payment functionality” on the MPI web site, and some driving tests can be booked online, said Wainikka.

This past July, MPI was instructed by Colleen Mayer, then the minister of crown services, to engage in a conciliation process with IBAM over customer transactions. [Mayer lost her seat in the legislature as a result of the Sept. 10 election].

MPI and IBAM have selected an arbitrator for that conciliation process, Smiley told Canadian Underwriter Wednesday. “The process is expected to begin very shortly,” he said. “It’s both parties at the table, both parties expressing thoughts on online services, hopefully reaching mutual ground.”

The discussions will take place in private. MPI may not institute any new online services during the conciliation process, except in accordance with any agreement made with IBAM, Mayer wrote in her directive this past July, which was made public by the Winnipeg Free Press.

“Manitobans expect and must be able to access an online distribution and payment channel for their automotive insurance needs,” Mayer wrote in the directive.

Changes of address are not the only thing clients are looking for, said Smiley. Another example is when a motorist from Manitoba is going on a trip to Ontario.

“They realize they haven’t purchased rental car insurance, so unfortunately they are not able to do that when they are sitting in Ontario because they don’t have access to an Autopac agent,” said Smiley. “They also don’t have access to online options. So, in that situation, the Manitoban will end up paying higher rental car fees as opposed to purchasing MPI’s product.”

Brokers agree that technology can improve service delivery, but it cannot replace the expert advice from those brokers, said Wainikka.

“The best outcome for consumers will require a collaborative approach between MPI and insurance brokers to enhance technology in auto insurance while maintaining the existing broker distribution system,” said Wainikka. “This would provide Manitobans with the best of both worlds: continued access to professional advice and customer service from their local insurance broker, and increased technology options that consumers demand.”