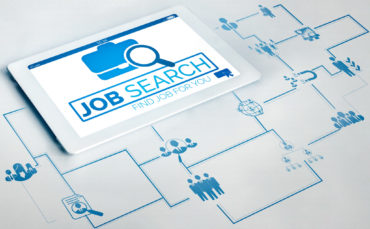 The grass continues to appear greener on the other side for Canadian workers, but disgruntled employees are not always ready to make the jump, a new survey has found.

Before brokers venture off towards greener pastures, they should keep a few things in mind, some industry experts caution.

A new poll from investment dealer Edward Jones found that new career opportunities are on the minds of Canadians but they’re not always in the best position to make the move. Over the past year, 54% of respondents said they had considered leaving for a new employer. But what held back 46% of them was a lack of financial preparedness.

“Career changes can mean taking a significant step towards finding personal fulfillment, but it’s a transition that should be thoughtfully planned,” warned Patrick French, principal of solutions-based strategy and tools with Edward Jones. “Taking a career turn without having a solid financial foundation in place could put one’s long-term plans at risk.”

More than half of those in the 18-34 and 35-44 age groups said they were not prepared to make a career change even though they wanted to. Nearly 70% of the younger cohort said they were considering a move. French recommended consulting with a financial advisor to create a financial strategy to set yourself up properly to achieve career goals. You should also take into account any personal or family responsibilities – including long-term ones.

What can help you in your career?

“Network, network, network,” Paul Sweetnam, Ontario region’s vice president at Economical Insurance, advised in June at the Insurance Brokers Association of Ontario’s Young Brokers Conference in Niagara Falls. “The reality is, if you’re going out there to write new business, and you’re going to have a good book of business, you really have to work on developing it.”

He recommended picking a specialty rather than becoming a jack-of-all-trades, which can be limiting. “When I look at the people in insurance brokerages that I’ve worked with … it’s the guys who are the expert in a particular field, they really drive on and they have a lot of success,” Sweetnam said.

That’s part of building your brand, something brokers carry anywhere they go. People know you based on what you do and how you behave, said Paul Stone, vice president of national distribution engagement for sales and distribution at Travelers Canada.

“Whether you believe it or not, each of you has a personal brand,” he advised young brokers at the conference. “From the mail room to the CEO, treat everyone the exact same. We hear these horror stories of someone dealing with someone at a certain level [and] they tore a strip off them. Don’t do it. It will haunt you. It will follow you. Your reputation is everything. Guard it. Promote it.”

Career fulfillment is important to young workers, the Edward Jones poll found. Sweetnam advised brokers that if their career isn’t developing the way they want, they can either suck it up or go to their boss and tell them they want opportunities. “Even if they don’t want to support you, you can go out and invest in your own career, and invest in your own education, and figure out ways to improve yourself,” he added.

And if they’re not supporting you, “then why are you working with them? Look around. There are lots of brokers out there looking for people to work with them. If you can’t get the opportunity where you are then go get it. Nobody’s going to stop you,” Sweetnam said.


Related
After a seven-year, $33K insurance settlement, claimant disputes his $5K legal bill
Making your mark as a young broker
Children’s evidence in auto accident does not require a caution to the jury: Appeal Court
Why a hard market calls for soft skills


2 Comments » for Considering a career change? Look before you leap, say industry experts