Crash-prone cars you may think twice about underwriting 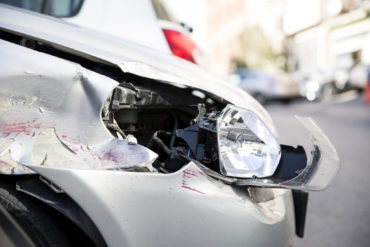 Mid-sized and luxury sports cars are the most collision-prone vehicles on the road, including the Hyundai Sonata, Infinity Q50, Lexus GS 350, and the Acura TLX, according to new research by QuoteWizard.com, an online insurance comparison platform.

At the other end of the spectrum, vehicles not typically built for speed, such as sport utility vehicles and minivans, are least likely to end up in a crash.

QuoteWizard.com analyzed its customer data to create a ranking of the most and least collision-prone vehicles.

Topping the list was the Hyundai Sonata. Luxury sport vehicles took three of the Top 6 spots: The Infinity Q50 ranked second, the Lexus GS 350 was fourth, and the Acura TLX was sixth. Other notables among the Top 10 include the Mazda 3 Sport (seventh) and the Honda Civic Si (ninth), both billed as sport compact vehicles.

As for the least-likely vehicles to end up in a crash, according to QuoteWizard, the Top 10 list is dominated by SUVs and minivans, with a few notable exceptions. The Ford Explorer ranked first on the list with the Dodge Caravan minivan placing second. The Chrysler Town & Country is fourth, followed by the Hyundai Santa Fe SUV in fifth.

Standing out on the list, however, is the Chevrolet Corvette, a sports car, ranking third in terms of least accident-prone. QuoteWizard didn’t explain how it managed to make the list but did note it as being surprising.

The company also acknowledged the presence of the Tesla Model 3 on the list of being less likely to be involved in a collision. It ranked 10th, with QuoteWizard highlighting the vehicle’s autopilot capabilities.

By vehicle type, SUVs showed up 11 times on the least-collision prone list, and just once (the Jeep Patriot, ranked third) as being likely in a collision. Three different trucks – including Toyota’s Tundra (11th) and Tacoma (13th) trucks, plus the Dodge Ram 2500 (19th) – were found on the Top 20 list of collision-prone.

In addition to the Civic Si and 3 Sport, five compact vehicles found a spot on the list of cars more likely to be in a collision: Toyota Corolla (12th), Ford Focus (15th), Volkswagen GTI (16th), Kia Rio (17th) and Chevrolet Cruz (20th).

QuoteWizard said its findings are based on analyzing the rate at which drivers reported a collision on their driving record when filling out information for an insurance quote. It then ranked which vehicles showed the highest and lowest rates of collisions based on driving history.