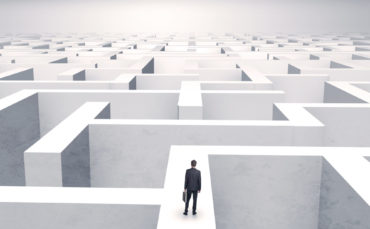 Real, sustainable solutions are needed to curb what’s being called a “devastating” time for some brokers in Alberta.

The Insurance Brokers Association of Alberta (IBAA) has put together a task force to come up with ways to resolve what the group is calling a crisis around auto insurance in the province.

The task force, chaired by IBAA board member Trevor Sodergren and IBAA President Vicki Livingstone, will develop a white paper which will include ways to reduce costs and offer reforms to insurance products, said George Hodgson, the association’s chief executive officer.

“Companies are facing pretty substantial loss ratios, so they’re taking some other measures to try and limit those losses,” he told Canadian Underwriter. “They’re cancelling payment plans, they’re starting to refuse to offer non-mandatory coverage for certain clients and in some cases – too many cases – they’re cancelling contracts with brokers. We have to get this solved to basically stop that.”

Contract cancellation is especially concerning since such actions are having detrimental effects on brokers and the association.

“It’s a huge deal,” Hodgson said, estimating 100 broker contracts have been cancelled throughout Alberta. “That’s not to say 100 brokers are no longer viable, but 100 contracts are a lot of contracts. In some cases, it’s been devastating for brokers.”

Bigger brokers with 10 contracts can perhaps withstand the loss of one or two. A smaller one, however, is unlikely to survive the same type of hit. “The viability of that brokerage is in severe trouble. For our association, what it essentially means is, you have more broker consolidation,” Hodgson said.

The white paper – to be released in early July – will go to the provincial government and the associate minister of red tape reduction. It will also be made available to brokers to discuss with clients and, if necessary, to garner public support. With the task force behind it, Hodgson is hopeful that meaningful change can happen.

“We feel that most of the issues around auto – as well as some licencing issues as well – most of that can be resolved by regulatory reforms,” he said. “So that’s the reason for the while paper, to discuss what we think those reforms should be and to give them some background into it.

Hodgson noted that pressure on the insurance has been building for some time but really took a turn once the provincial government imposed a 5% cap on insurance premiums. It created an environment in which companies couldn’t operate viably since they were facing increased costs and unable to charge consumers appropriately.

“For various reasons, companies didn’t or weren’t able to take the rate they would have liked to have taken a few years prior to that,” Hodgson added. “While that was happening, claims costs started to increase rapidly with bodily injury and the increasing costs of repairing vehicles. So then companies decided it was time take a little bit of a higher rate and that was when the government slapped on the 5%.”

Simply removing the cap will not solve all the problems, which is why the white paper will look at other solutions.

“We would obviously also like to see some reforms to the insurance product itself, such as the strengthening of the minor injury regulation and some reforms around electronic pink cards, that sort of thing,” Hodgson said. “To curtail some of the costs within the system, just listing the cap is not going to solve it. There has to be a look at the product as well.”