How brokerage commissions are trending in today’s market

What are the trends in brokerage commissions in the Canadian P&C insurance space? 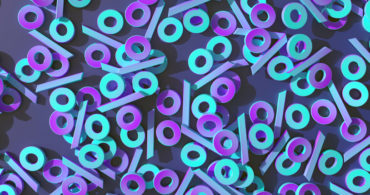 “New producers received less commission percentages, while existing producers were for the most part left alone,” Berris added. “In M&A transactions, I have seen new producer commission arrangements written into the deal. While this is not seen in every deal, it is becoming more prevalent.”

But it’s important to understand that good producers have never made more money, Berris said. “Many other tasks, such as handling applications, renewals and marketing has been taken out of the producers’ hands completely.”

“This has not been my experience,” Berris said. “I think another way to look at it is brokers are devoting more effort to personal property and less to automobile because of the instability of the auto markets – many companies are cancelling contracts. As well, the auto business generally has a smaller commission rate to start with and requires a considerable amount of structure within the brokerage to make it profitable.”

Berris discussed brokerage commissions following the release earlier this month of Smythe Advisory’s Property & Casualty Insurance Brokerage Report 2019, which examined the financial performance of brokerages from a Canada-wide sample. The report estimates the market size for commissions using a commission factor depending on product line.

“Based on my experience in the market, I make the assumption that average auto is 11%, personal property is 20%, commercial property is 18% and liability and other is 21%,” Berris said. “I then test my assumption on one or two brokerages that are clients of the firm and I have all their premium data,” he said, adding that numbers for public auto are received from the annual reports of the public insurers. Berris also asks chief financial officers and other executives what they think the average commission rate is for specific lines of business.

Total commissions available for Canadian P&C brokerages is about $10.2 billion.

“The end result is that I am satisfied that our numbers are close, if not completely accurate,” Berris said.

However, he cautioned to keep in mind that commissions are “all over the place.” For example, Lloyd’s brokers pay 25%, but commission is split between MGAs and brokers, certain specialty products like travel and vehicle warranty can pay as high as 35% and certain commercial will pay between 10-15%.