The Quebec National Assembly has adopted Bill 141, which will require brokerages in the province to have at least three distribution agreements in place for personal lines with insurers “that are not in the same financial group.”

Hypothetically, brokerages could have distribution agreements from Intact and RSA, but an agreement with any of their subsidiaries could not be taken into account to meet the requirement of three insurers, said Patrice Pouliot, the first vice president of Quebec’s brokers’ association, the Regroupement des cabinets de courtage d’assurance du Quebec (RCCAQ). “It doesn’t mean a broker can’t have an agreement with any subsidiaries at all.” 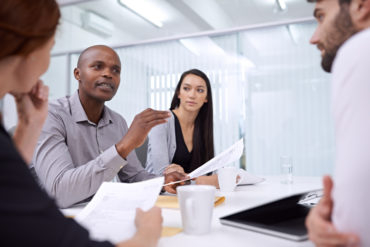 Bill 141 also originally proposed to disband Quebec’s brokerage self-regulatory body, the Chambre de l’assurance de dommages (ChAD), and make the financial regulator Autorité des marchés financiers (AMF) a “one-stop shop” for overseeing insurance representatives. The RCCAQ was in agreement with this position, but the government decided to maintain the status quo and “RCCAQ will continue to work with both organizations,” Pouliot said.

One point of contention for the brokerage association was the authorization of the online sale of insurance products without requiring any certified insurance broker to be involved in the process. “The RCCAQ eagerly defends its position that property and casualty insurance is complicated and permitting online sales puts consumers and their financial assets at risk,” Pouliot said. He added that amendment has been introduced into Bill 141 that “the AMF has the power to regulate the practices and determine which product will or will not be available for sale online without an insurance broker.”

Pouliot, who has been in the industry for 31 years, says that two brokers could read the same paragraph in a policy and not have the same conclusion the first time. “An insurance policy online might be an easy and straightforward process, but it’s only when the consumers file a claim that they will realize whether the coverage that they selected was meeting their needs.”