The latest brokerage acquired by The Co-operators 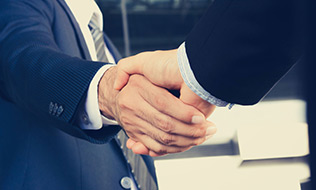 “We remain focused on strengthening our agency distribution system in Quebec,” Patrick Décarie, vice president, Quebec region of The Co-operators, said in a release.

Cadieux Beausejour Dupras, which places both personal and commercial lines, is located in the community of Saint Jérôme, about 20 km north of Montreal Mirabel Airport.

Clients of Cadieux Beausejour Dupras “will receive first-rate service from a leading national insurance co-operative and gain access to a full suite of insurance products including home, auto, life, travel and commercial,” The Co-operators said.

On Jan. 3, The Co-operators announced the acquisition of Assurances Madelein Inc., a brokerage based in the Montreal suburb of Laval.

The Co-operators has 2,753 licensed insurance representatives throughout Canada, according to its 2018 annual report. Canada-wide, the Co-operators General Insurance Company insures about 875,000 homes, more than 1.4 million vehicles, 40,000 farms, and 306,000 businesses, the company said this past March in its annual information form.