What brokers think of this tax change on auto insurance

The Insurance Brokers Association of Newfoundland and Labrador (IBAN) is happy with regulatory amendments that would eliminate the remaining 13% retail sales tax (RST) on auto insurance in the province.

“IBAN is pleased to see the elimination of the RST on auto insurance because it will provide a 13% cost saving to consumers, and will provide some relief as rates continue to increase,” IBAN president Kelly Hickman said Thursday. Hickman told Canadian Underwriter earlier this year that three out of the four major auto insurers in the province have raised rates between 4% and 10%. 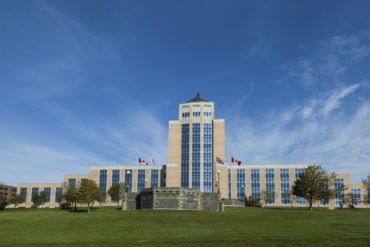 Bill 1, An Act to Amend the Revenue Administration Act, passed third reading Wednesday. In 2016, the provincial government reintroduced a 15% RST on all “contracts of insurance relating to property, risk, peril or events” in Newfoundland and Labrador. Surety, guarantee or fidelity-type insurance was excluded from the tax, as was marine, life and accident and sickness insurance.

On Jan. 1, 2019, the tax on auto insurance was reduced from 15% to 13%, but remained in place for the other lines of business (except commercial auto), Hickman said. “We’d like to see the tax removed on property and commercial insurance as well,” she added.

Newfoundland and Labrador’s Minister of Finance, Tom Osborne, said in the province’s House of Assembly Tuesday that the changes will be retroactive to Apr. 15, 2019, the day it was first announced by Premier Dwight Ball. Once the legislation receives Royal Assent, rebates will be organized and issued to those who’ve renewed their insurance between Apr. 15 and the date the legislation comes into force.

Insurers will provide rebates to customers who renew during the interim period, and government will reimburse the carriers.

The fiscal crisis in late 2015 and 2016 “forced” the government to add the original 15% in 2016, he noted. In prioritizing which taxes to reduce, the RST on auto insurance took top spot, considering the tax affected the “vast majority” of residents over 16 in the province.