In today’s day and age, a brokerage definitely needs an online quoting platform to stay ahead of the pack, right?

Not according to Whitby, Ont.-based Mitchell & Whale Insurance Brokers. The brokerage ran an online auto insurance quoting engine for five years beginning in late 2012 (which saw about 619,000 visitors), but stopped using it after finding that it could bind business without it. 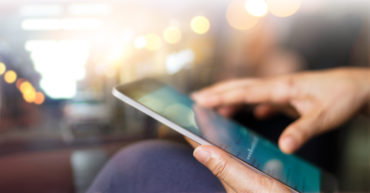 The fact that Mitchell & Whale stopped using its online engine is interesting considering last year it was named the Insurance Brokers Association of Ontario’s Brokerage of the Year, and Innovator of the Year in 2017.

What accounted for the bump in numbers due to the face-to-face contact? As far as Mitchell could tell, the information gained through human contact led to pin-point pricing; also, there was less of a chance that people would answer questions incorrectly and disqualify themselves.

“As long as we were staffed to the point where we could handle enough of the leads, then it was way better to write more business by actually taking the phone calls and talking human-to-human,” Mitchell said.

Mitchell & Whale “drag-raced” two separate web pages, as Mitchell put it. One had a web form, the other had an online “Millenial-friendly” quoter. “The one that had the web form and no technology – just phone-based – outsold the other one every time, every day,” Mitchell reported. “This is counter to everything everyone is talking about with Millenials, but my best guess is insurance is still complicated enough [to require advice from a broker]. A well-run sales team does a more effective job than a quoting engine on its own.”

Late last month, Mitchell & Whale published a blog, Why the Most Innovate Brokerage in Canada Doesn’t Use Online Quoting, which found the premium that a consumer sees online is almost always never the premium they’ll end up paying. On average, the online quote was off by $220.

“I think most people will notice when the price is different,” Mitchell said. And since it was rare that the online price matched the actual price, “you are going back over all the questions and all the data [with the consumer] anyway. You weren’t saving a bunch of time.”

As an experiment, the brokerage tried to get online quotes for an imaginary driver from 20 different sources, including broker websites and online comparison sites (it then tried with another driver profile with “more or less the same” results.) About three-quarters of the online quotes were lower than the actual price and there were a variety of discrepancies:

Why all the variance? Mitchell thinks it could be because the online quoting tools are overly simplified. “I think all the consumer-facing engines are lacking questions and making assumptions, and then you compound that when a consumer interprets a question differently than they should.” As well, a “quoting engine isn’t as smart as the current market conditions.”

“It’s mind blowing if you go in and try and get a quote to try and match the rate you know you already have,” Mitchell said. “You can’t get an online quoting engine to give you your own price.”


Related
Bodily injury claims increasing faster than other lines of coverage: Mitchell
What to consider when tempted by a ‘shiny’ tech tool
Ontario government has ‘no plan or fund in place’ to clean up 288 polluted sites: Auditor General
Mitchell International launches AI-enabled claim review solution for North American P&C industry