Will Archway expand outside of Nova Scotia and New Brunswick?

One of Atlantic Canada’s largest brokerages, Archway Insurance, may be looking to eventually move outside of the two provinces where it currently does business: Nova Scotia and New Brunswick.

On Aug. 1, Archway announced that it had added its 24th location with the acquisition of J.H. Deveau Insurance in Meteghan, N.S. Jean Guy Comeau will continue to manage the smaller brokerage as president. 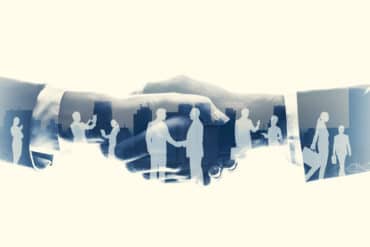 Canadian Underwriter caught up with Archway CEO Michael Stack Friday, and asked if there were any plans to expand outside of N.S. and N.B. “We certainly aren’t shy about wanting to expand our base,” Stack said in a phone interview. “It’s likely you’ll see us expand into the other Atlantic provinces first.”

While Archway would be “cautious” about moving outside of Atlantic Canada – Newfoundland and Labrador, New Brunswick, Nova Scotia and Prince Edward Island – he said that “it would be a natural thing for us to move into one of those provinces over time.” Atlantic Canadians are a similar people and Archway understands the market requirements and clients’ needs, Stack noted.

Would Archway like to be coast-to-coast? “If we had the ability to do that and we could do that in a meaningful way, absolutely. I don’t think we would limit ourselves,” he said, adding that if they ever moved into western Canada, for example, it would likely be an online expansion.

With the acquisition of J.H. Deveau, Archway has approximately 50,000 clients and $110 million in premium volume. The deal increases J.H. Deveau’s commercial capabilities, adding life, travel and employee benefits to its offerings.

“In Deveau’s case, they didn’t have an employee benefits or life division at all, so we’re adding that to the agency,” Stack said. “We’re adding upwards of eight to nine new personal lines markets into the agency, so the ability to offer for their existing clients and for potential clients has expanded tremendously. We would typically see an upswing in sales in a brokerage where traditionally they have been very flat.”

In addition, it allows Archway to provide a lot of back-end support to reduce the burden on the smaller brokerage. “That reduces that burden on the agency, so where individuals may have been tied up doing things that aren’t client-focused, not sales service focused, we can take that away into our head office and then we also expand what our office is able to provide to our clients.”

The acquisition also helps Archway add to its geographic spread. While the larger brokerage has a location near Meteghan in southern N.S., “it’s a new region of the province for us,” Stack said. And without a positive population growth in Atlantic Canada, “acquisition is a key part of our growth strategy. We would typically see an upswing in sales in a brokerage where traditionally they have been very flat, so we’ve seen some nice organic growth through acquisition.”

With the goal of expanding its brand and becoming the most recognized insurance brand in Atlantic Canada, acquisitions are never done without forethought into how to grow the business, Stack said. “It’s about transitioning that business into a client-focused, full-service brokerage and we’ve had a good track record of doing that and this is why it’s likely you will continue to see us acquire and try to work this strategy going forward.”

More News
Related
Cyber market ‘softer than ever,’ commercial property, general liability rates down in U.S. in Q2: CIAB
Why this broker sold into the independent broker channel
How much buyers are willing to pay for online books of business
How this top-tier Canadian brokerage plans to double its revenue in 5 years