$400M Ontario windstorm ‘not quite’ the new normal

If water is the new fire, then what is weather?

For Paul Kovacs, executive director of the Institute for Catastrophic Loss Reduction (ICLR), weather is definitely what will be taking the lion’s share of payouts in the next quarter century. 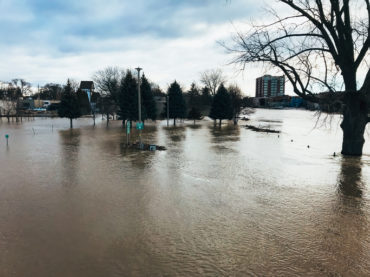 “It’s my opinion that in 25 or 30 years, our industry will collect premium and pay more claims for weather-related events, perhaps three times what we’re collecting in auto,” Kovacs said Thursday at Gore Mutual’s Fast Forward event in downtown Toronto. “Remember when we sold fire insurance?”

As part of a panel discussion, Kovacs was responding to a question from moderator Paul Jackson, chief marketing and distribution officer at Gore Mutual, about whether the apparent increase in weather events is the “new normal.” While Kovacs said that “new normal is not quite the right term,” he said that “the science is quite clear: there’s an increase in the frequency and severity of the kind of weather.”

One recent event that seemed to take the industry by surprise was the May 4 windstorm that affect mostly southern Ontario, but also parts of Quebec. Catastrophe Indices and Quantification Inc (CatIQ) reported on June 1 that the storm ended up costing insurers $410 million – $380 million in Ontario and $30 million in Quebec. It was the most expensive event since the 2013 flooding in Toronto that cost nearly $1 billion in damage. 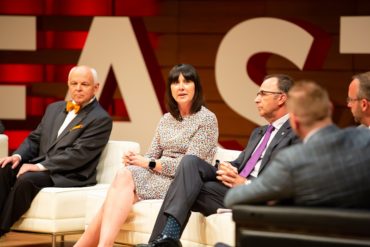 The windstorm event saw strong wind gusts, with a maximum measured gust of 126 km/h and record-setting gusts in some locations. The storm resulted in downed trees and power lines, and three fatalities. Winnipeg-based weather forecasting and research firm Weatherlogics Inc. released a case study of the storm, which found that a unique set of meteorological mechanisms produced the damaging winds.

Kim Donaldson, vice president, Ontario, with the Insurance Bureau of Canada (IBC) said last month that “a generation ago, insurers paid out – on average – about $400 million a year in today’s dollars across Canada on weather-related costs. Now that number often tops $1 billion a year, and sometimes it goes much higher.” As of the end of May, Ontario insurers have “already paid out three-quarters of a billion dollars, just five months into 2018,” she said.