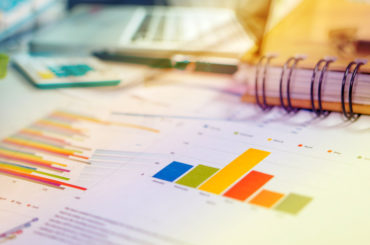 Looking at Commercial Insurance, steps were taken with underwriting to improve the overall mix of business and use more rigorous pricing tools in U.S. casualty lines, which AIG identifies as the “primary driver of recent adverse development.”

Pointing out the company’s “experience in U.S. Casualty reflects aggregate exposures that have accumulated over AIG’s decades of underwriting long-tail business,” the statement notes that associated net premiums written are down about 39% since the end of 2015.

AIG reports the adverse development reinsurance agreement – which it entered with National Indemnity Company (NICO), a Berkshire Hathaway subsidiary in early 2017 – covers the majority of the U.S. Casualty reserves.

Specifically, the agreement retroactively covers the majority of U.S. long tail lines reserves for accident years 2015 and prior.

In addition, the statement notes, it “covers roughly half of total Commercial Insurance loss reserves at the company and should generate a deferred pre-tax gain before discounting of approximately US$2.6 billion in the first quarter of 2017.”

In its annual report for 2015, AIG cited a “significant portion” of its non-life reserves “are for the U.S. commercial casualty class, including excess casualty, asbestos and environmental, which tends to involve longer periods of time for the reporting and settlement of claims than other types of insurance.”

NPW was also down for the fourth quarter of 2016, this time by 20.2% compared to the same quarter of 2015, as a result of strategic portfolio actions and premiums ceded, the statement adds.

Looking at Consumer Insurance, AIG reports that 2016 saw a narrowing of focus and enhancement of operating performance. “The Personal Insurance business continued to see strong growth in the high-net worth space as well as improved profitability across all business lines,” the statement notes.

Other announced results include the following:

“This agreement covers roughly half of total Commercial Insurance loss reserves at the company and should generate a deferred pre-tax gain before discounting of approximately US$2.6 billion in the first quarter of 2017,” the statement adds.

“We remain committed to continuing to execute our clearly defined transformation plan, as well as achieving our financial goals,” Hancock says in the company statement.

This includes “the return of the remainder of the US$25 billion to shareholders we announced in January of last year subject to regulatory and rating agency considerations and future profitability improvements,” he points out.