The “glut of reinsurance capital and interest from capital markets” could help the United States government reform its flood insurance subsidy program by making the heavily-indebted National Flood Insurance Program a “much smaller insurer of last-resort,” Artemis.bm suggested Wednesday on its blog site.

NFIP, which was started in 1968,  expires Sept. 30. Both houses of Congress are studying several proposals intended to extend and reform the program.

One bill proposes “the use of catastrophe bonds, collateralized reinsurance and other private market risk transfer tools to lower the risk” held by NFIP, according to Artemis.bm, a news site reporting on the insurance-linked securities market, owned by Brighton, England-based Steve Evans. 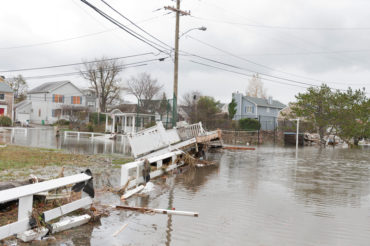 An American property cannot qualify for NFIP coverage unless it is in a community that has joined the NFIP and agrees to enforce certain floodplain management standards.

“As of 2015, the NFIP had 5.2 million policies in force covering (US) $1.3 trillion worth of property,” Standard & Poor’s Financial Services LLC stated in a report released in 2016. At the time, S&P reported NFIP’s total losses since 2000 were US$42 billion, of which $16.3 billion was attributed to Hurricane Katrina.

NFIP is “nearly $25 billion in debt to taxpayers and there have been enormous technological innovations that enable insurers to accurately price risk and provide products and coverages unavailable through NFIP,” said Steve Ellis, vice president of Taxpayers for Common Sense, on June 7  before the House of Representatives Financial Services Committee.

“I think that we are going to have to have NFIP at least in some form in the near term and where we hopefully transition to eventually having more Americans buying flood insurance and having more of a robust private flood insurance market,” Ellis said at the time.

“This is a missed opportunity, as the glut of reinsurance capital and interest from capital markets could actually help to ensure even more risk is taken away from the NFIP and passed into the private markets,” Artemis.bm added.

There are “concerns about what happens” if flood risk is privatized, and what would be done to ensure it is affordable to homeowners, Artemis.bm noted.

“Perhaps the answer to this is the NFIP remaining as a much smaller insurer of last-resort, what it was designed for anyway, so any risks that are not suitable for the private market remain in (or go back to) the Federal backed flood insurance pool.”