Cat bond issuance so far in 2016 down 15% compared to same period in 2015, Fort Mac reviving talk about unmodelled risks: PCS

Year-to-date Cat bond issuance was down more than 15% compared to the prior-year period as a result of a usually light third quarter and a less usual quiet second quarter, notes a new report from Property Claim Services (PCS). 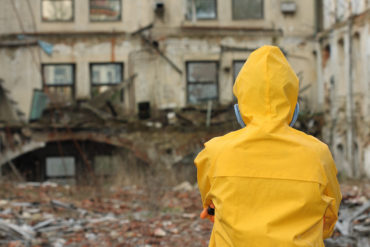 “Last year, third-quarter catastrophe bond issuance rose to only US$400 million from three transactions — two covering risks outside the United States and one covering California earthquake,” states the report, adding the transactions ranged in size from US$50 million to US$200 million.

“The decline in issuance year over year speaks to an interesting dynamic in the ILS market,” said Tom Johansmeyer, assistant vice president, PCS strategy and development, referring to the insurance-linked securities market. “Overall, ILS is growing. But, the capital is going to other vehicles. As the market has matured, it’s shown the flexibility to adapt to market conditions and the needs of cedents and capacity providers. Continued innovation may cause the use of certain structures (like cat bonds) to rise or fall, but it will also help keep ILS relevant overall.”

“When you look at the issuance trends, it’s important to keep a few things in mind,” Johansmeyer continued. “First, publicly managed entities didn’t feature in this year’s issuance activity, and they contributed significantly last year. The absence of a large Everglades Re cat bond alone made a difference, not to mention the other players in that sector.”

Johansmeyer said that the roles of different types of sponsors in the cat bond market are becoming evident. “In particular, note the increase in PCS use year over year. For retro, some sponsors appear to have integrated cat bonds into their strategic risk and capital management plans, which has resulted in some issuance stability – compared to other types of sponsor that may come in and out of the cat bond market. Also, the tendency to use PCS for independent catastrophe definition in indemnity-triggered cat bonds remains strong.”

With regard to cat bond lite, however, the market continued to push forward. “Four transactions led to approximately US$122.4 million in new limits,” it notes, with the fourth transaction of the year bringing US$75 million in fresh capacity.

“The flurry of July activity has brought the year-to-date publicly revealed total to US$423 million across 11 transactions. While that’s down from US$490 million and 16 transactions at the end of the third quarter of 2015, it still far exceeds the 2014 full-year result of US$242 million,” PCS points out.

“The continued strong use of cat bond lite indicates that the market has seen the value of securitization for private transactions in conjunction with a streamlined issuance process,” the report notes.

“And the structure, rigor and discipline involved in issuing through a cat bond lite platform may give this form of issuance an edge over private catastrophe bonds,” the report continues.

“Interest is growing in the cat bond lite structure across the market, with the greatest opportunities for traditional insurers and reinsurers seeking to securitize (industry loss warranties, ILWs) and other risk-transfer instruments,” it adds.

The light Q3 “brought the total only to nearly US$3.7 billion for the year,” states the report, citing data from the Artemis.bm Deal Directory.

“Publicly managed entities didn’t return to the market this year, despite heavy use of catastrophe bonds in 2015,” PCS notes in the report. “Last year, six sponsors in this category raised nearly US$2 billion in fresh capital, US$1.7 billion of it coming in the first nine months of the year,” it points out.

“While the industry continues to excel at improving what it already does well, efforts to access new markets require the time and patience difficult to summon in a soft market,” the report emphasizes.

“Waiting for a big event to help absorb capital and push rates higher – if that could even happen in today’s market – simply can’t compete with market-changing innovation focused on current conditions and needs,” it notes.

While 2016 has not had a market-changing event in terms of Cat activity, the report states, “there’s been enough to make the market talk. Between the Fort McMurray wildfire in Alberta and the second-quarter hailstorms in Texas, the global reinsurance industry has felt the results,” states the report.

Although neither of the aforementioned events is sufficient to change the market, “both have revived discussions about such topics as unmodelled risks and loosening terms and conditions in treaties and ILWs,” the report adds.

Other topics on the radar include the following: