CNA Financial Corporation saw net income jump US$165 million to US$343 million in 2016 Q3 over the prior-year quarter, driven by the performance of its Property & Casualty Operations, higher net investment income and stable catastrophe losses. 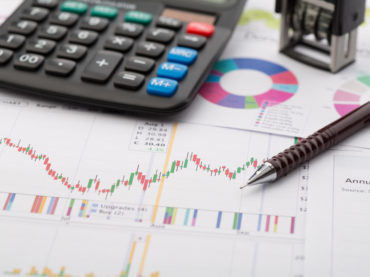 Net income for the third quarter of 2016 was US$343 million compared to US$178 million in the same quarter of 2015, notes a company statement Monday.

For the nine months ending Sept. 30, 2016, CNA Financial posted net income of US$618 million compared to US$549 million for the corresponding period in 2015.

This was “driven by higher net investment income, reflecting improved limited partnership returns,” the statement notes. In addition, catastrophe losses in 2016 Q3 – primarily from weather-related events in the United States – were US$11 million, after tax, as compared with US$10 million, after tax, in the prior year quarter.

“Our disciplined actions have sustained an underlying loss ratio (54.7% compared to 52.1%) in line with where we ended 2015, despite challenging market conditions,” Motamed adds in the company statement.

Looking at P&C results by business operation, the results show the following:

“The expense ratio increased 1.7 points as compared with the prior-year quarter. About half of this increase was due to non-recurring underwriting expenses related to the transition to a new service provider for our information technology infrastructure and employee termination costs resulting from an organizational review,” it adds.

In addition, NWP “increased US$42 million as compared with the prior-year quarter, driven by higher retention and new business in middle markets.”

“Excluding the effect of foreign currency exchange rates and the timing of reinsurance spend, NWP for the third quarter of 2016 increased 15%,” the company statement notes.

“The majority of the growth came from middle market products in the United Kingdom and Continental Europe, and from product lines which are now being delivered across all the international platforms, such as healthcare and technology,” the statement adds.

“The increase was driven by limited partnerships, which returned 2.6% as compared with (3.2)% in the prior year period,” the company notes.