The number of aviation accidents reported to the Transportation Safety Board of Canada during the year ending March 31 was nearly 20% lower than the 10-year average, but still “not enough has been done” to reduce the risk of collisions on runways involving aircraft, TSB said Thursday in its annual report to Parliament.

TSB, a separate organization from the federal transport department, investigates incidents in rail, marine, pipelines and aviation. Its statistics in its report to Parliament are for April 1, 2016 through March 31, 2017. 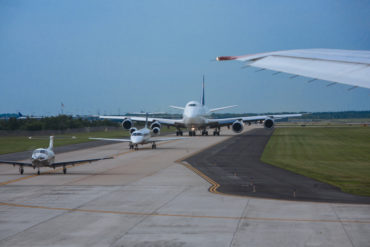 “Every two years, the TSB updates its Watchlist, which identifies the key safety issues that need to be addressed to make Canada’s transportation system even safer,” TSB noted.

The current watchlist, which has 10 issues, was released Oct. 31, 2016. Among the issues is runway incursions.

“There remains an ongoing risk of aircraft colliding with vehicles or other aircraft on the ground at Canadian airports,” TSB said July 20, 2017 in its annual report to Parliament. “Since the TSB first placed this issue on its Watchlist in 2010, the number of these occurrences has remained at approximately one a day or more. Despite the fact that the Board has clearly identified this as an issue, not enough has been done to improve procedures and adopt enhanced collision-warning systems.”

For the second year in a row, no pipeline accidents were reported to TSB, whereas the annual average was eight between 2006 and 2015.

“There have been no fatal accidents on a federally regulated pipeline system directly resulting from the operation of a pipeline since the inception of the TSB,” the board said Thursday.

In fiscal year 2016-17, TSB issued a total of 71 safety communications, including 20 recommendations. During that time, there were seven marine fatalities, down from the annual average of 18 from 2006 through 2015.

But TSB noted that previous investigations “have found that, in many cases, crew members on small fishing vessels do not practice man overboard drills.” 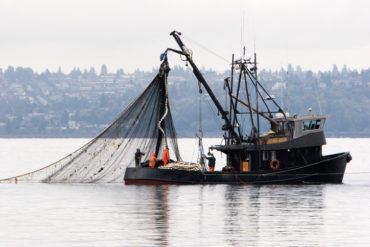 Commercial fishing safety is on the watch list due to a pattern of deficiencies discovered by TSB investigators in areas such as vessel stability, crew training and the carriage of immersion suits and emergency position-indicating radio beacons.

“Although fish harvesters have long known that their job carries risks, one disturbing statistic stands out: on average, over the last 10 years (2007-2016) there have been 10 fatalities per year involving fishing vessels,” TSB said July 20 in its annual report to Parliament.

In that report, TSB also reiterated a concern that train crews do not consistently recognize and follow signal indications.

Signals alongside tracks “provide a physical signal installation combined with an administrative requirement to follow the signal indication,” TSB said in 2013 in an investigation report into VIA Rail derailment near Hamilton that killed three crew members. “This defence relies on the train crew to observe the signal, recognize the intent of the signal, and take appropriate action.”

Since 1952, Amtrak passenger trains on 430 track miles from Boston to New York City and from New York City to Washington, D.C. has been equipped with an automatic train control system, TSB said in its 2013 report into the 2012 VIA Rail tragedy, which occurred when a train from Niagara Falls enroute to Toronto was doing 67 miles an hour in a crossover near Aldershot where the limit was 15 miles an hour.

But in Canada, “existing administrative defenses are inadequate, particularly in situations where the train crew misinterprets or misperceives a signal indication,” TSB said July 20, 2017 in its report to Parliament. “What is needed to make train operations in signaled territory safer are additional physical defenses that ensure signals are consistently recognized and followed.”