Endurance’s estimated financial impact of several Cat events in 2016 Q2, including Alberta wildfires, is US$55.5 million

Bermuda-based Endurance Specialty Holdings Ltd. reported Thursday that the company’s initial estimated net negative financial impact of several catastrophic events in 2016 Q2, including the wildfires in Alberta, is US$55.5 million. 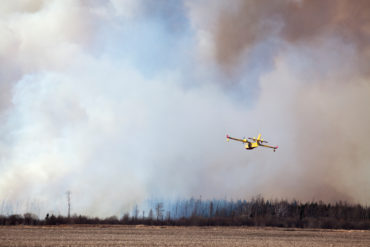 The events included in the initial estimate include the Fort McMurray wildfires in Canada, the convective storms in Texas and Europe and the Kumamoto earthquake in Japan, notes a statement from Endurance Specialty Holdings, a specialty provider of property and casualty insurance and reinsurance.

The events “collectively generated approximately US$10 billion in industry losses,” the company points out.

“To date, reported claims as a result of these events have been limited; accordingly, the actual impact may ultimately differ materially from initial estimates,” the company statement adds.

A number of other insurers and reinsurers have released preliminary estimates of the impact of global catastrophes during the second quarter of 2016. The Alberta wildfires have been noted in estimates for companies such as Aspen Insurance Holdings Ltd., Chubb Limited and XL Group. Estimates for the Fort McMurray wildfire specifically have included US$30 million and US$120 million.