The Fort McMurray wildfire may have been an “earnings event” for the largest insurers in Canada’s property and casualty industry, but that was not the case for some smaller regional writers, notes the newly released MSA Quarterly Outlook Report for Q2-2016.

“It was definitely a capital, if not an existential one, as reinsurance limits were tested and second reinstatements desperately sought,” Joel Baker, president and CEO of MSA Research Inc., and president of the National Insurance Conference of Canada (NICC), being held Sept. 28-30 in Vancouver, writes in the report. 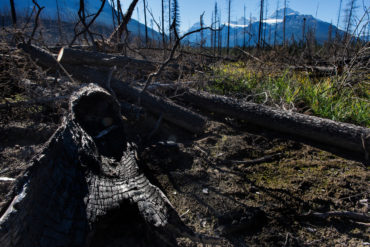 Had the damage been more extensive or had a second major Cat occurred in quick succession, Baker points out, “it might have proved fatal for a few carriers.”

Citing a recent Property and Casualty Insurance Compensation Corporation study, he notes it implied cascading insurer failures would likely occur for catastrophes that crack the $30 billion mark, such as a large quake in B.C.

The Fort McMurray wildfire “might require a rethink. Could serious systemic solvency problems occur at lower thresholds?” Baker asks in the report.

Catastrophe Indices and Quantification Inc. (CatIQ), MSA’s sister company, currently estimates the cost of the Fort McMurray wildfire to the Canadian and global reinsurance industry to be slightly below $4 billion.

The figure, as of press time, is based on submissions from the overwhelming majority of primary writers, after adjustment expenses.

“By most accounts, the market risk-transfer mechanisms were put to the test, but, in the end, and despite serious anxiety and the need for recapitalization in some quarters, they worked,” Baker explains. “Insurers were left standing and most of the losses were borne by the local and global reinsurers,” he notes.

That said, the wildfire has had an impact on the Canadian p&c market:

“Barring another large-scale event, we’ll see the industry earn its way back to profitability by the end of the year,” Baker suggests. “However, 2016 will likely go down as the worst year for the industry in years, if not decades.”

Solid financial footing is likely to become even more important in light of the changing climate and the damaging events it can bring.

“The game has changed: large Cats are not going away, public infrastructure isn’t getting much more resilient any time soon, and mitigation budgets are not up to the challenge,” Baker emphasizes in the report.

“Counting on the cash-strapped public sector to make meaningful investments in infrastructure and loss mitigation has been a mugs game,” he comments.

Insurers that “can confidently and profitably ride out Cats of the multi-billion-dollar variety over the long term will prevail,” he predicts.

“It is uncertain as to whether this era has come to an abrupt end and if so, what the implications will be for 2017 renewals and beyond,” he points out.

“The sooner consumers, policymakers, and may I say, some insurers, get their heads out of the sand the better,” Baker cautions.

“Living in a fool’s paradise of bargain basement reinsurance may feel good in the short run, but it doesn’t make for a healthy market and risk-conscious consumers in the long term,” he adds.