Insurance industry should look ahead to even larger losses than Fort McMurray, ICLR chair suggests

The insurance industry should start thinking about what “could have been” if the Fort McMurray wildfire had been an even larger loss, the chair of Institute for Catastrophic Loss Reduction (ICLR) said on Friday at the institute’s annual general meeting. 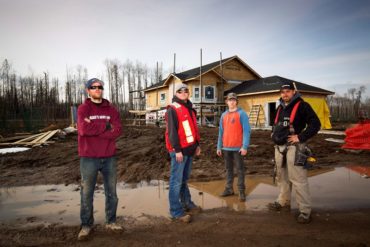 “First, the grief experienced in Fort McMurray is due to the loss of 10% of the city of 90,000,” ICLR chair Barbara Bellissimo said in a statement of remarks from the meeting, which marked the ICLR’s 20th year in operation. “The Canadian insurance industry must really ask the question: What would it have had to deal with if one-quarter, one-half, three-quarters or all of the city was lost? Fort McMurray had the capacity to be a much, much larger loss than it was and it should have the industry thinking a lot more about what could have been.”

Bellissimo also noted that “somewhere around 200 or more residences have already been rebuilt in Fort McMurray and judging by photographs, many (perhaps all) have been put back exactly as they were, with vinyl siding and the like. One day, the city may be hit with another wildfire disaster and the actions being made now may surely come back to haunt.”

In addition to the Fort McMurray wildfire – which cost an estimated $3.7 billion in insured losses from more than 45,000 claims – 12 other catastrophes were recorded in Canada last year, costing insurers approximately $5.3 billion. “It wasn’t the busiest year for frequency – there were 14 in 2011 – but it was the costliest by far,” Bellissimo said in the statement.

She also noted that nine of the 13 events in 2016 involved hail and six affected the province of Alberta. Fort McMurray excluded, there was still more than $500 million in insured losses in Alberta from severe weather last year – about the total for the entire country in 2015.

From the period 2009 to 2016 inclusive, Canadian insurers and reinsurers have paid out more than $14.2 billion in claims for severe weather events of $25 million insured or higher, Bellissimo said. “A staggering figure to be sure.”

Looking ahead to 2017 through 2021, the ICLR’s five-year strategic plan sets out specific actions for reducing the risk of loss from water, wind, hail, earthquake and wildfire. The four priority issues for the period are: