Insured losses from latest Mexico earthquake not expected to exceed US$1.2 billion: RMS

Low insurance penetration rates across Mexico, particularly in residential lines, has prompted RMS to issue a preliminary estimate that insured losses from the Puebla earthquake in central Mexico on Sept. 19 will not exceed US$1.2 billion. 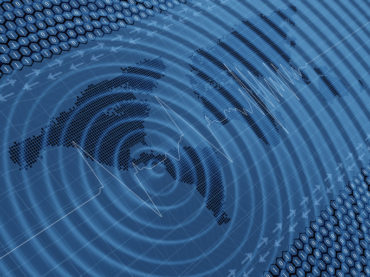 “This estimate accounts for shake-only insured losses to structures, contents and business interruption, including the effects of liquefaction and landsliding,” notes a statement Monday from RMS, which evaluates and manages catastrophe risks.

The company anticipates post-event loss amplification will not be a significant factor in these losses, the statement adds.

Based on current building damage information from the Mexican authorities, though, the estimate for economic shake losses is considerably higher. RMS is currently anticipating these losses will amount to between US$4 billion and US$8 billion.

Beyond information from Mexican authorities, “RMS has also analyzed data on ground motion, and examined how property exposures are distributed across the region,” the statement adds.

For its part, catastrophe modelling firm AIR Worldwide estimates industry insured losses from the M7.1 quake about 120 km southeast of Mexico City will be between MXN 13.0 billion and MXN 36.7 billion (about US$731 million to US$2.1 billion).

The loss estimates explicitly capture damage from ground shaking, AIR Worldwide reports, but emphasizes that there is considerable uncertainty with regard to assumptions about take-up rates. “Total economic losses are expected to be much higher than industry insured loss estimates,” the company statement notes.

AIR Worldwide reports the majority of residential buildings in Mexico are of masonry construction, falling into one of three classifications: reinforced masonry, confined masonry and unreinforced masonry.

“Unreinforced masonry is the construction type most vulnerable to shake damage,” the company points out. “Commercial buildings in Mexico are primarily of engineered masonry or concrete construction, and are better able to withstand ground motion,” AIR Worldwide adds.

Major damage and hundreds of fatalities have been reported in Mexico City, with the president declaring a state of emergency for the affected areas.

“In Mexico City, 52 buildings collapsed, including a 10-unit apartment building, a four-story school, and a three-story textile factory; about 500 more buildings were damaged throughout the capital, including 22 hospitals, several churches, a sports arena, and a medical laboratory,” notes the statement from AIR Worldwide.

The Puebla quake comes just 11 days after the M8.1 earthquake that occurred 650 km to the southeast. 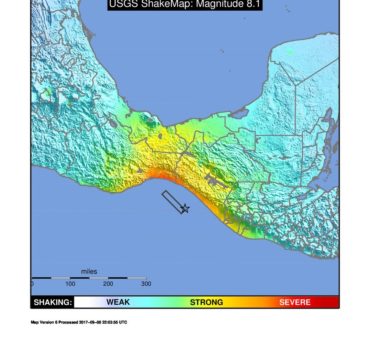 The U.S. Geological Survey (USGS) noted at the time the earthquake offshore Chiapas, Mexico occurred as the result of normal faulting at an intermediate depth. “Focal mechanism solutions for the earthquake indicate slip occurred on either a fault dipping very shallowly towards the southwest, or on steeply dipping fault striking NW-SE,” a USGS briefing pointed out.

Over the preceding century, the region within 250 km of the hypocenter of the earthquake has experienced eight other M 7+ earthquakes, none of which were larger than magnitude 7.5.

“Mexico has high levels of seismic activity, because it sits at the intersection of three large tectonic plates. Mexico City is particularly susceptible because it is built on the site of an ancient lake,” Justin Moresco, an RMS specialist in earthquake risk models for Latin America, says in a statement.

“This means that the soil is soft, and so can significantly amplify the waves of ground shaking during an earthquake,” Moresco explains.

“Ground motion amplification is likely to have been a major contributor to the damage caused yesterday, as it was during the magnitude 8 Michoacan earthquake, which devastated the capital on the same date in 1985,” he adds.

More News
Related
Insured losses of New Zealand quake could be as much as US$3.5 billion: AIR Worldwide
Stilling quake risk in eastern Canada demands greater focus, awareness and effort: Swiss Re
Recent earthquakes a reminder that events can happen anywhere: I.I.I.
Estimated insured losses for U.S., Caribbean from Hurricane Matthew US$2.5 billion to US$8 billion: RMS