Insured losses from Tropical Cyclone Debbie have reached nearly AU$1 billion as of June 28, the Insurance Council of Australia (ICA) said on Thursday. 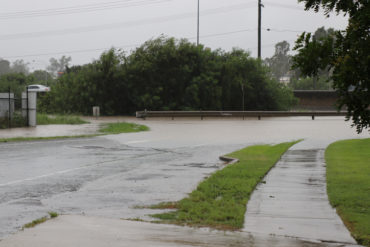 As of June 28, insurers had received more than 58,000 claims stretching from North Queensland to northern New South Wales, with a value of AU$988 million, ICA said in a statement. More than 80% of claims were for damage to homes or home contents.

The insured loss estimate came just days before the insurance council begins a series of community forums in North Queensland. Campbell Fuller, ICA’s general manager of communications and media relations, said that the forums would provide an opportunity for homeowners and business owners in cyclone and flood-prone regions of North Queensland to learn more about their insurance.

The forums, which have been promoted through advertisements in local print, radio, online and social media and via local councils and MPs, start in Cairns on July 3 and finish in Rockhampton on July 11. “The forums will explore how communities are affected by extreme weather such as floods and cyclones and how this impacts on insurance,” Fuller explained in the statement. “Insurance Council disaster specialists will talk about the extent of the natural hazards in each community, and how mitigation could lessen the risks – and help to lower insurance premiums. The ICA will tackle some of the most common myths about insurance, and attendees will be able to ask questions and speak one-on-one to an insurance expert.”

Topics to be covered include: how does insurance work?; is insurance available to everyone?; How do cyclones and floods affect my premiums?; and what can be done to lower premiums? More information and registration is available at www.disasters.org.au/events.

The cyclone affected the Australian states of Queensland and New South Wales beginning on March 28 and into early April. Swiss Re reported in April that the cyclone made landfall as a Category 4 hurricane, bringing with it estimated 10-minute sustained winds of almost 200 kilometres per hour to some areas, and represented the strongest such event to strike the region since 2015. “The main disaster zone stretched more than 990 km from the point of landfall, reaching northern New South Wales,” Swiss Re said at the time.