Lessons for the industry from pandemic business interruption coverage disputes

Massive business interruption losses resulting from COVID-19 have encouraged discussion about how governments can work with the property and casualty insurance industry to handle global disasters such as future pandemics, the CEO of an Ontario mutual suggests.

“Public and private partnerships will shape how the next pandemic risk will be handled,” Irene Bianchi, CEO of Brampton, Ont.-based Peel Mutual Insurance, predicted during a recent presentation at Future of Insurance Canada.

“The U.K. High Court ruling on the COVID-19 business interruption test case has spawned lots of dialogue on how the global insurance market should or could play a role in future global catastrophes,” Bianchi said Nov. 4, referring to the High Court of England and Wales ruling released Sept. 15. The ruling followed a test case launched by the British Financial Conduct Authority over whether certain business interruption policies cover losses arising from the circumstances of COVID-19 in Britain. Essentially, the British court ruled some of the 21 wordings that were disputed in that case do cover COVID-19 BI losses while others do not.

The verdict is under appeal by the FCA and insurer defendants. The United Kingdom  Supreme Court announced Nov. 2 it has granted both sides permission to “leapfrog appeal” the Sept. 15 ruling. This means the appeal will not be heard by the Court of Appeal of England and Wales civil division but will instead be heard by Britain’s top civil court, starting Nov. 16. 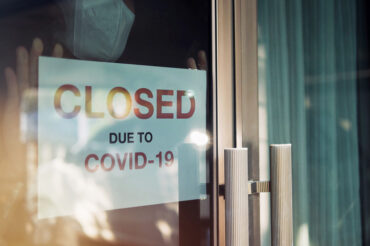 After COVID-19 was declared a pandemic Mar. 11 by the World Health Organization, Britain and other jurisdictions imposed a variety of emergency measures intended to enforce social distancing. In many cases, insurers denied business interruption claims, asserting that their BI policies did not cover the circumstances under which their clients’ operations were closed or curtailed.

BI policy wording can vary widely from client to client. Some, for example, require some kind of physical damage to the insured premises.

In June, the FCA launched its test case to clarify whether dozens of wordings provide coverage for BI related to government orders or advice to shut down a workplace. None of the policies at issue in the FCA test case require physical damage. Some policies in that case cover BI in the event of a disease outbreak while others cover BI in the event that a civil authority hinders or prevents access to the premises. The outcome is legally binding in Britain on the insurers that are parties to the test case but only in respect of the 21 policy wordings considered by the court.

Bianchi made her comments about the British test case on Nov. 4 in the context of uninsured losses.

The cost of uninsured losses is rising and, in many cases, economic losses from disasters are borne by taxpayers, Bianchi suggested during Future of Insurance Canada, an online conference hosted by Reuters Events.

There is a growing trend of public sector entities looking to transfer natural disaster losses to insurance or capital markets, she added.

“This is really a learning opportunity for insurers to understand and plan for the next massive event that will impact the world,” Bianchi said of COVID-19. “Many are calling for government partnerships to mitigate and help resolve issues like the ones we are seeing now.”