A third of the $3.58 billion loss is commercial property, 5% is auto and 62% is personal property, said Carolyn Rennie, managing director at Toronto-based Catastrophe Indices and Quantification Inc. Rennie and Adams made their comments during a media teleconference.

The wildfire that started in early May resulted in the evacuation of about 80,000. The disaster was “by far the largest insured natural catastrophe in Canadian history,” Adams said. 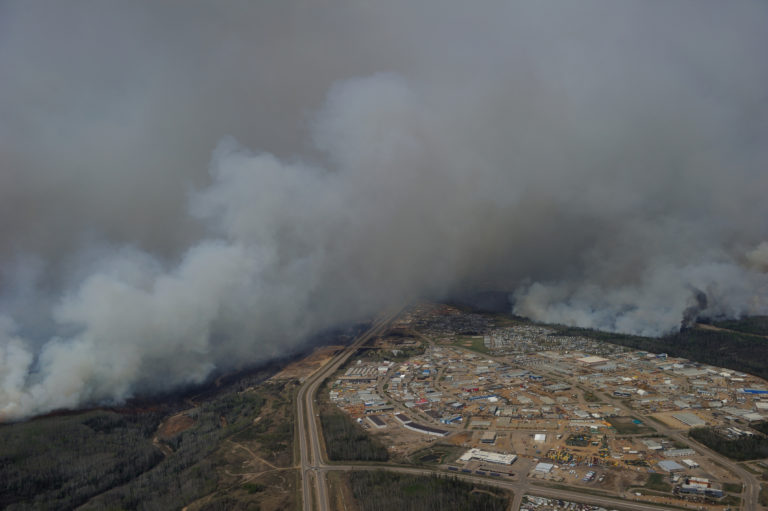 Aerial view of the wild fires in the Fort McMurray area on May 4, 2016. Photo by MCpl VanPutten, Canadian Forces

CatIQ – a sister company to MSA Research Inc. – works with insurers to aggregate industry losses. When measured by direct premiums written, about 80% of the market participates with CatIQ, Rennie said, adding the firm grosses its estimates up to account for 100% of the industry.

Its estimates exclude loss adjustment expenses and take into account losses before reinsurance.

Heather Mack, IBC’s director of government relations, suggested Thursday there are “no real concerns at this point” about reinsurance rates in the aftermath of Fort McMurray. 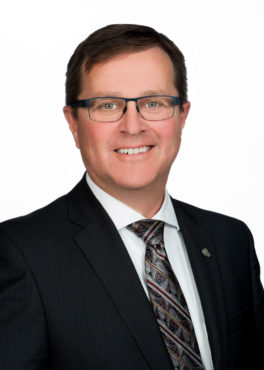 “If you look at the Alberta based insurers, certainly they have got to be looking at their risk exposure because obviously Alberta is so prone to some of these natural catastrophes over the last 20 years, but we haven’t heard anything directly from those companies about either pricing or availability on the reinsurance market,” Mack said.

The natural disaster with the second-highest insured loss – at $1.7 billion – was the flooding affecting southern Alberta in the summer of 2013, Adams said, adding those floods caused about $6 billion in total economic losses. Most of the $1.7 billion in insured losses were from sewer backup. At the time, overland flood coverage was generally not available on homeowners’ insurance policies in Canada.

Before the summer of 2013, Canada’s three costliest natural disasters, when measured by insured losses, were the ice storm in Ontario and Quebec in 1998 ($1.295 billion), the fire in Slave Lake, Alta. in 2011 ($700 million) and a storm in Toronto in August, 2005 ($590 million), Property and Casualty Insurance Compensation Corp. said in an earlier report.

Then in 2013, the Alberta floods took top spot and the July 8 rain storm in the Toronto area (with insured losses of nearly $1 billion) took third spot.

IBC does not have an estimate yet of uninsured damage.

“We are doing an assessment and comparing an aggregated civic address list generated by the regional municipality (of Wood Buffalo) of all demolished structures and we are aggregating from the insurance industry a list of insured properties,” Adams said. “When we compare the two, obviously there will be a gap. We anticipate that that would give us the best estimate of the total number of uninsured properties in the regional municipality but that work has not been completed yet.”

Online Editor’s note: A previous version of this story incorrectly quoted Carolyn Rennie as saying there were “no real concerns at this point” with reinsurance.