RSA Canada announced Monday a new directors’ and officers’ liability insurance product that sits on top of a D&O tower, is intended for the use of the individual directors and officers only and covers the cost of pollution clean-up orders. 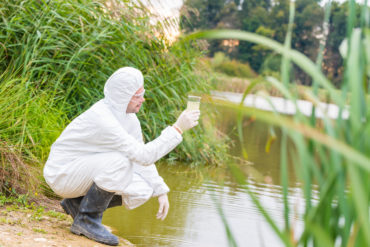 “The traditional D&O policy limit is actually shared with the entity, whose exposures are considerably greater,” stated Ian Fraser, Assistant Vice-President of ProFin for RSA Canada’s global specialty lines division, in a release.

The new product, dubbed Ironclad, has two reinstatements with an option to buy more.

“Generally speaking we will cap our limit at $15 million,” Fraser said of Ironclad in an interview. “It replaces our old Side A (difference in conditions) product, which I would consider a first-generation product.”

“Brokers and clients are pushing for more and more and more under a policy and you have an issue that arises where you are getting heavily diluted coverage for the directors and officers,” Fraser said. “This policy stands untapped and available for the directors and officers for a true D&O claim, where they are on the hook. It’s kind of like an excess policy with a DIC component that allows it to drop down and assume primary in a number of circumstances.”

If a claim is submitted that exhausts the limits of the primary and lower excess layers below the top of the tower, “if it happens to be Side A we just follow form and we provide the excess Side A insurance,” Fraser said. “The DIC component kicks in basically when there is an issue whereby coverage isn’t afforded by the primary. Maybe there is an exclusion. Perhaps the primary carrier has rescinded or voided their policy. Perhaps the primary insurer or any of the other insurers below the DIC become insolvent.”

In such a case, Ironclad would “fill the void” that otherwise would have been covered by the primary policy.

One such order was made in 2012 by the Ontario Ministry of the Environment – against 13 former directors of Northstar Aerospace Canada.

Northstar made aircraft components used in military helicopters such as CH-47 Chinook, AH-64 Apache and UH-60 Blackhawk. It operated a site in Cambridge, Ont. That site was contaminated by trichloroethylene and also by contaminants from a different property in the same area.

The directors and officers unsuccessfully appealed to the Environmental Review Tribunal for a stay on the MOE remediation order. Instead of applying for judicial review of the ERT ruling, they settled. The ERT ruling is cited as Baker v. Director, Ministry of the Environment.

Baker and the 12 other directors “settled for $8 million which is nowhere close to the actual cost of remediation,” said Harry Dahme, an environmental lawyer with Gowling Lafleur Henderson LLP, in an earlier interview with Canadian Underwriter. “In some cases, the directors and officer were persons who had absolutely nothing to do with the contamination. One in particular became a director after the contamination occurred and his role was to assist in providing direction on how to fix the problem.”

In cases like Baker, “there is strict liability whereby (directors) will be assessed an order to provide the cleanup costs,” Fraser said Monday. “In the event that that happens and there is no indemnification, the directors are essentially on the hook.”

RSA Ironclad “will respond” to a situation like that, Fraser suggested.

In the Northstar case, the directors paid “their own money to remediate a site when their company went insolvent,” said Brian Rosenbaum, Aon Risk Solutions’ national director, legal and research practice, in September, 2014 at the RIMS Canada conference in Winnipeg.

Those directors were not covered by an impairment liability policy, “and their D&O policy had an exclusion in their definition of loss, dealing with remediation costs,” Rosenbaum added at the time. He made his remarks in 2014 during a conference session titled Environmental Liability in Canada: Finding Solutions.