One risk to your client if the neighbouring property is abandoned

Lindsay Bunce got a nasty shock one colder winter day when she and her husband went down to the basement of their Toronto home.

“We were surprised to find about two inches of water across our basement and water coming in at quite a rapid rate from our shared wall with the other house,” Bunce said in an interview.

The 104-year-old home she shares with her husband is semi-detached. The adjoining home is abandoned. 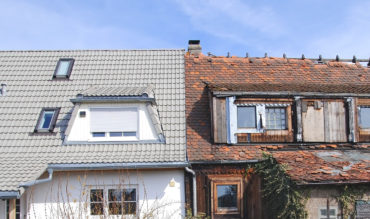 The flood occurred this past January when the temperature was well below freezing. The couple are still dealing with their insurance provider and restoration work is still ongoing.

It has been “a little bit of a struggle” to find the owner of the home next door, Bunce said.

In Canada, the average cost of a flooded basement is $43,000, Blair Feltmate, head of the Intact Centre for Climate Adaptation at the University of Waterloo, reported earlier.

Whether a basement flood is covered by insurance depends on several factors including how exactly the water got in and the wording of the insurance policy.

The day Bunce’s basement got flooded was unusually cold, even for January. Bunce conjectured that the causes of the burst pipe were lack of maintenance and extreme weather.

She was able to arrange a home assessment through the Intact Centre for Climate Adaptation, part of the University of Waterloo’s environment faculty.

An assessor walked through her home June 8, she told Canadian Underwriter.

That assessment revealed more basement flood risks in her home, in the Junction neighbourhood about 10 kilometres northwest of the financial district.

“We have a small crack in our foundation” which the assessor said was a “key area of concern,” Bunce noted.

The assessor also showed them how to test and clean the sump pump.

“We were able to determine that there was a leak in our sump pump,” she added. “That was a huge risk.”

“It’s something we thought of more as a nuisance, but actually is quite a serious problem when we are thinking about potential flood and potential damage to our home.”

“There are people who have experienced basement flooding previously … that are up in the middle of the night, two or three times, checking the basement when there is a big storm outside,” Feltmate said in an interview. “When the kids come home from school the first thing they do is check the basement to see if it’s full of water.”

Feltmate was commenting on results of a survey of homeowners. Details were released in After the Flood: The Impact of Climate Change on Mental Health and Lost Time from Work. The report was sponsored both by the Intact Centre and Manulife Financial Corp.

The Intact Centre tried to quantify these consequences in a survey, the results of which were released June 11. The researchers interviewed residents of Burlington, Ont. and compared answers of those whose homes had been flooded to those of a control group of respondents who had not suffered basement flooding.